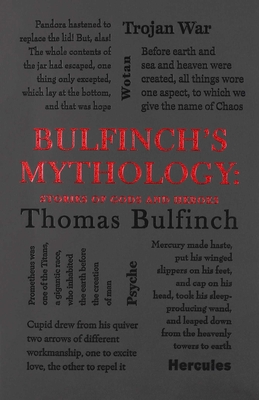 An easily understood reference guide to the deities of Greek and Roman mythology.

Stories of Gods and Heroes, originally published in 1855, is the first of three works that make up Bulfinch's Mythology, by Thomas Bulfinch. A useful and concise guide to the gods and goddesses of Greek and Roman mythology, this text was used in history classrooms for over a century. Bulfinch’s writing is an attempt to expand the enjoyment of classic literature for the common reader, explaining the allusions made to mythology in so many other titles of the day.

Thomas Bulfinch was an American writer born in Newton, Massachusetts.