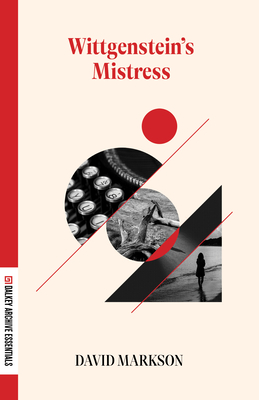 This experimental novel asks what would happen if you were the only person left on Earth and all you had were snippets of art history and Greek mythology — “the baggage that remains in one’s head” — to keep your mind from unspooling. Rather than take a dystopian bent, this post-apocalyptic novel quietly mesmerizes as its protagonist anchors herself in the quotidian and her own “fanciful private improvisations.” Unique and hypnotic.

Wittgenstein's Mistress is a novel unlike anything David Markson or anyone else has ever written before. It is the story of a woman who is convinced and, astonishingly, will ultimately convince the reader as well that she is the only person left on earth.

Presumably she is mad. And yet so appealing is her character, and so witty and seductive her narrative voice, that we will follow her hypnotically as she unloads the intellectual baggage of a lifetime in a series of irreverent meditations on everything and everybody from Brahms to sex to Heidegger to Helen of Troy. And as she contemplates aspects of the troubled past which have brought her to her present state--obviously a metaphor for ultimate loneliness--so too will her drama become one of the few certifiably original fictions of our time.

"The novel I liked best this year," said the Washington Times upon the book's publication; "one dizzying, delightful, funny passage after another . . . Wittgenstein's Mistress gives proof positive that the experimental novel can produce high, pure works of imagination."

David Markson's novel Wittgenstein's Mistress was acclaimed by David Foster Wallace as pretty much the high point of experimental fiction in this country. His other novels, including Reader's Block, Springer's Progress, and Vanishing Point, have expanded this high reputation. His novel The Ballad of Dingus Magee was made into the film Dirty Dingus Magee, which starred Frank Sinatra, and he is also the author of three crime novels. Born in Albany, New York, he lived in New York City until his death in 2010.