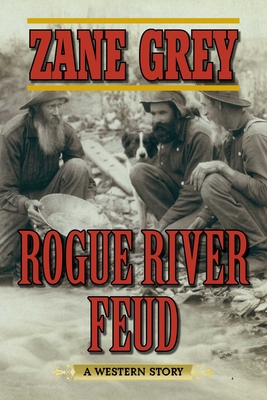 Along the notorious Rogue River, gold seekers, crazed by the discovery of nuggets that made them rich overnight, are at war with one another. The river itself swarms with salmon, bringing along with them another kind of wealth and violent fighting between fishermen and the fish-packing monopoly. Into this scene comes Keven Bell, returning to face life after being handicapped by a disfiguring wound he received in World War I. Keven teams up with a broken-down fisherman and boatbuilder. When they try to buck the salmon-packing monopoly, they encounter violence and trickery; their boat is sunk and they are left to swim for their lives.

Keven is tended to by Beryl, the daughter of a gold miner. His convalescence is slow, but the autumn days, fishing and camping, make a woodland dream of romance. But no sooner has an operation straightened out Keven’s injuries than he is framed on a charge of murder in the salmon-packing war. Keven must carry on as best he can, along with what help Beryl and her old father can give, to clear his name and ensure his and Beryl’s safety on the turbulent Rogue.

Zane Grey’s vigorous storytelling and portrayal of violence in the wild make this novel one of his best. There is a deep emotional feeling for nature in the raw, for the great salmon runs, and for the clashes of men fighting for gold.

Skyhorse Publishing is proud to publish a broad range of books for readers interested in fiction that takes place in the old West. Westerns—books about outlaws, sheriffs, chiefs and warriors, cowboys and Indians—are a genre in which we publish regularly. Our list includes international bestselling authors like Zane Gray and Louis L’Amour, and many more. While not every title we publish becomes a New York Times bestseller or a national bestseller, we are committed to books on subjects that are sometimes overlooked and to authors whose work might not otherwise find a home.

Zane Grey was born Pearl Zane Gray in Zanesville, Ohio, in 1872. He took his first trip to Arizona in 1907 and, following his return, wrote and published his first western, Desert Heritage. More than one hundred films have been based on his work, a record that remains unbroken. He died in 1939 at his home in California.