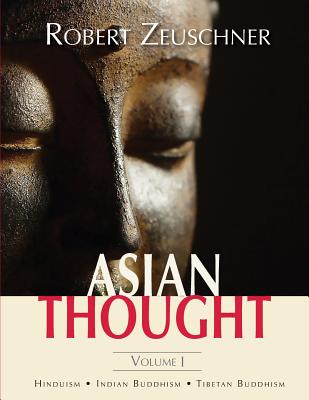 Asian Thought (volumes. I and 2) is intended to serve as an introduction to the most important and enduring religious, spiritual and intellectual traditions of India, China, Tibet, and Japan.

All civilizations attempt to explain what humans could not explain. Questions about the causes and meaning of an eclipse, an earthquake, a flood or tsunami, an illness, about the possibility of some life after death, or the general meaning of existence are all in need of explanation. From these kinds of questions comes a world-view, encapsulated in symbols, which guides the choices and lives of those within the system.

Westerners who have never taken a course in world religions tend to assume that anything that is called a religion will be like Christianity. It will have a god or gods as its central core, and would believe that this divinity lays down moral and social rules, believe that humans have an eternal soul, and that there is life after death when one will be judged. Similar concepts are true for a few Asian thought systems, but by no means all.

In volume 1 we focus on South Asia, in particular India and Tibet, where we begin with the history of Hinduism, and then follow the trail of Buddhism as it first develops, and then starts to transform and adapt to new cultures. The importance of the traditions of this area is evident when one considers that the South Asian subcontinent (including India, Pakistan, and Bangladesh) is home to over a billion people.