Levon: From Down in the Delta to the Birth of the Band and Beyond (Paperback) 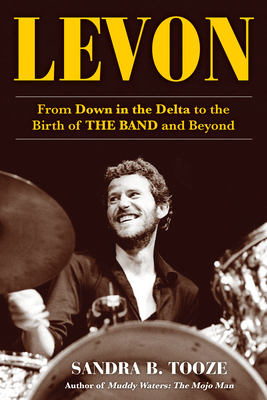 I loved the way Tooze describes the sultry musical landscape of Levon Helm’s formative years in the Mississippi Delta and his life beyond The Band. A well-researched account of Helm’s musical style and personal journey for both new and die-hard fans.

A dazzling, epic biography of Levon Helm--the beloved, legendary drummer and singer of the Band. He sang the anthems of a generation: "The Weight," "Up on Cripple Creek," and "Life Is a Carnival." Levon Helm's story--told here through sweeping research and interviews with close friends and fellow musicians--is the rollicking story of American popular music itself. In the Arkansas Delta, a young Levon witnessed "blues, country, and gospel hit in a head-on collision," as he put it. The result was rock 'n' roll. As a teenager, he joined the raucous Ronnie Hawkins and the Hawks, then helped merge a hard-driving electric sound with Bob Dylan's folk roots, and revolutionized American rock with the Band. Helm not only provided perfect "in the pocket" rhythm and unforgettable vocals, he was the Band's soul. Levon traces a rebellious life on the road, from being booed with Bob Dylan to the creative cauldron of Big Pink, the Woodstock Festival, world tours, The Last Waltz, and beyond with the man Dylan called "one of the last true great spirits of my or any other generation." Author Sandra B. Tooze digs deep into what Helm saw as a devastating betrayal by his closest friend, Band guitarist Robbie Robertson--and Levon's career collapse, his near bankruptcy, and the loss of his voice due to throat cancer in 1997. Yet Helm found success in an acting career that included roles in Coal Miner's Daughter and The Right Stuff. Regaining his singing voice, he made his last decade a triumph, opening his barn to the Midnight Rambles and earning three Grammys. Cancer finally claimed his life in 2012. Levon is a penetrating, skillfully told tale of a music legend from Southern cotton fields to global limelight.