The Lion: A Novel of Ancient Athens (Hardcover) 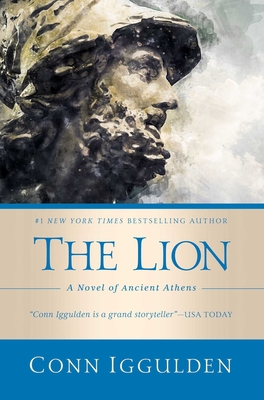 The new novel in master storyteller Conn Iggulden's bestselling series tells the story of Pericles amid the battlefields of the Peloponnesian War.

After the gods, after the myths and legends, came the world of men—and in the front rank stood Pericles.

Enter Pericles—the Lion of Athens. Behind him lies the greatest city of the ancient world. Before him stands the ferocious Persian army. Both sides are spoiling for war.

But Pericles knows one thing: to fight a war you must first win the peace.

It’s time for a hero to rise. For his enemies to tremble. And for a city to shine like a beacon . . .

Conn Iggulden is one of the most acclaimed authors of historical fiction writing today. Among many other bestselling novels, he is the author of The Abbot’s Tale, The Falcon of Sparta, The Gates of Athens, Protector, and The Lion, all available from Pegasus Books. Conn lives in London.

"Devotees of the ancient world will relish this exciting historical novel."
— Booklist

"A well-researched tale of heroism and hardship, honor and betrayal in which anyone's life can disappear with a filth-tipped arrow or the slash of a kopis. Exciting fare, a yarn well-spun."
— Kirkus Reviews

"A rousing retelling of a singular event, as seen through the eyes of three leaders on a momentous trek, this latest historical novel by Iggulden will be of interest to both young and old readers of military and ancient history."
— Library Journal

"A rousing retelling of a singular event, as seen through the eyes of three leaders on a momentous trek, this latest historical novel by Iggulden will be of interest to both young and old readers of military and ancient history."
— Historical Novel Review

"Having already taken on Julius Caesar, Genghis Khan, and the War of the Roses, Iggulden successfully dramatizes the life of Dunstan, Abbot of Glastonbury and confidant of King Aethelstan, the grandson of Alfred the Great. Immerses the reader."
— Publishers Weekly

"Superbly plotted and paced. An absolutely cracking story. The pace is nail-biting and the set dressing magnificent. Iggulden has created an intriguingly complex saint—flawed, spiteful, and unreliable as the teller of his own tale. Through his eyes we watch the story of the making of England."
— The Times (London)