Cracking of the Mask (Paperback) 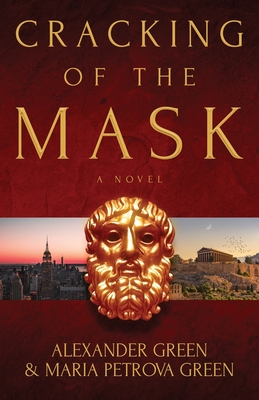 Everything had been planned and executed to perfection. Where was the satisfaction, then? Why was happiness always so elusive?

Zenon McClow, a businessman with a checkered past, flees the United States, hiding first in Ecuador and then in the tropical paradise of New Caledonia. Plagued by burning existential questions, he begins to write down his life story while on the remote Isle of Pines. After failing to find relief, he turns to penning The Mask, a historical novel set in the mysterious land of ancient Thrace.

Zenon's fiction endeavor is inspired by Evmondia, a kind-hearted Bulgarian girl living in New York who introduced him to the colorful world of the Thracians. He bases his story on events from the 4th century BCE, a time when Philip II of Macedonia, the father of Alexander 'the Great, ' endangered Thrace. In Zenon's tale, a young Greek scholar, Trysimachus, sets out on a perilous quest to the court of the Thracian king Ketriporis. As Trysimachus is forced to confront his own prejudices and fears, Ketriporis must deal with the increasing threats to his rule...

Beset by perils of his own -- amidst ill health -- Zenon re-examines The Mask, convinced it contains clues to help him resolve his troubled past. What will The Mask reveal to Zenon?

An epic tale of adventure, battles, and political intrigues -- but also of self-discovery, transformation, and personal healing -- Cracking of the Mask brings together two worlds and two eras that, at first glance, have little in common. Readers will experience the revival of an intriguing ancient culture as they embark on a journey in which they will face the everlasting conflict between our personas and who we are beneath the masks.