These Walls Between Us (Paperback) 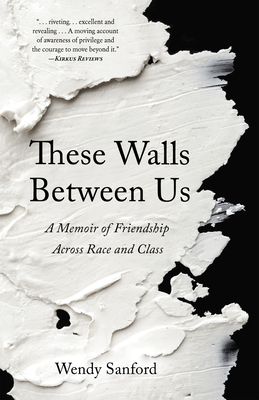 From an author of the best-selling women's health classic Our Bodies, Ourselves
comes a bracingly forthright memoir about a life-long friendship across
racial and class divides. A white woman's necessary learning, and a
Black woman's complex evolution, make These Walls Between Us a "tender, honest, cringeworthy and powerful read." (Debby Irving, author, Waking Up White.)
In the mid-1950s, a fifteen-year-old African American teenager named
Mary White (now Mary Norman) traveled north from Virginia to work for
twelve-year-old Wendy Sanford's family as a live-in domestic for their
summer vacation by a remote New England beach. Over the years, Wendy's
family came to depend on Mary's skilled service--and each summer, Mary
endured the extreme loneliness of their elite white beachside retreat in
order to support her family. As the Black "help" and the privileged
white daughter, Mary and Wendy were not slated for friendship. But years
later--each divorced, each a single parent, Mary now a rising officer in
corrections and Wendy a feminist health activist--they began to walk the
beach together after dark, talking about their children and their work,
and a friendship began to grow. Based on decades' worth of visits, phone calls, letters, and texts between Mary and Wendy, These Walls Between Us chronicles
the two women's friendship, with a focus on what Wendy characterizes as
her "oft-stumbling efforts, as a white woman, to see Mary more fully
and to become a more dependable friend." The book examines obstacles
created by Wendy's upbringing in a narrow, white, upper-class world;
reveals realities of domestic service rarely acknowledged by white
employers; and draws on classic works by the African American writers
whose work informed and challenged Wendy along the way. Though Wendy is
the work's primary author, Mary read and commented on every draft--and
together, the two friends hope their story will incite and support white
readers to become more informed and accountable friends across the
racial divides created by white supremacy and to become active in the
ongoing movement for racial justice.