What We Give, What We Take (Paperback) 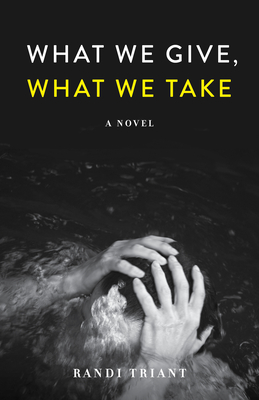 She Knows.com's "10 Books Featuring Mother-Child Relationships & All Their Beautiful Complexity"

In 1967, Fay Stonewell, a water tank escape artist in Florida, leaves for Vietnam to join the Amazing Humans--a jerry-rigged carnival there to entertain the troops--abandoning her disabled teenage son, Dickie, to the care of an abusive boyfriend.
Months after Fay's departure, Dickie's troubled home life ends in a surprising act of violence that forces him to run away. He soon lands in Manhattan, where he's taken in by eccentric artist Laurence Jones. Fay, meanwhile, is also facing dangerous threats. From the night her plane jolts onto a darkened Saigon runway, she is forced to confront every bad decision she's ever made as she struggles to return to her son. But the Humans owner is hell-bent on keeping her in Vietnam, performing only for war-injured children at a hospital, daily reminders of the son she's left behind.
Decades later, Dickie is forty, living in a Massachusetts coastal town with a man who's dying of AIDS, and doing everything he can to escape his past. But although Spin may be giving Dickie what he's always wanted--a home without wheels--it seems that the farther Dickie runs, the tighter the past clings to him.
Ultimately, What We Give, What We Take is a deeply moving story of second chances and rising above family circumstances, however dysfunctional they may be.