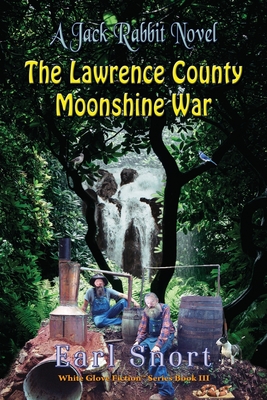 This is a tale of a changeling shortly after these powers were bestowed upon him. Jack, who began life as a rabbit, fell asleep in arid West Texas shortly after wishing he had a home someplace else in a more temperate climate. When he awoke, he was a young man in a forest glen in such a place. He got exactly what he wished for The problem was, he was wearing an Army uniform and he did not know his location. He didn't even know which century it was Jack was suffering from a serious case of amnesia.He soon learned that the year was 1920 and that he had been slumbering on his own property in Eastern Kentucky. He was re-introduced to his cousin, Gerard, whom he did not recognize, yet with whom he had maintained a best-friend relationship since childhood. Gerard also introduced Jack into his moonshine business during these, the early days of Prohibition. Before long, Jack found himself situated between big city gangsters and state investigators.Lead was flying in the hills of Eastern Kentucky and Jack was in the thick of it.

Author Earl Snort is the nom de plume of a retired law enforcement officer with more than forty years experience toting a badge and a gun.