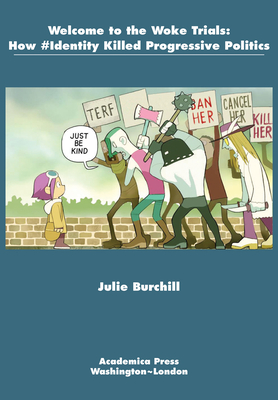 In 2013, the journalist Julie Burchill wrote a mischievous newspaper column defending a friend against political extremists. She was pursued by an outraged mob, denounced in Parliament and never published in that paper - or any other - for many years. Welcome To The Woke Trials is part-memoir and part-indictment of what happened to her between then and now, as the regiments of Woke took over; an irreverent and entertaining analysis of the key elements of a continuing and disturbing phenomenon. Raised in a Communist household and a lifelong Labour voter, Burchill also makes the case for a progressive future politics, a time when we see ourselves as a common humanity with similar hopes and visions - rather than a childish world of villains and victims.

Julie Burchill has been an English journalist, author and playwright since the age of 17. Her books include Unchosen: The Memoirs of a Philo-Semite; the televised version of her YA novel Sugar Rush won an International Emmy. Her hobbies include luncheon, philanthropy and spite.