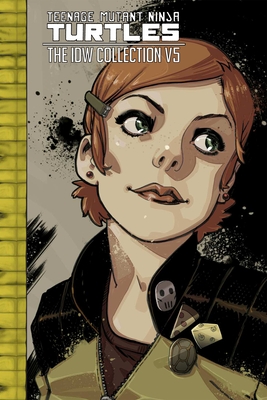 This is book number 5 in the TMNT IDW Collection series.

After meeting a good-natured inter dimensional time traveler named Renet, the Turtles become unstuck in time and go spinning into the past! Meanwhile, Shredder and Krang finally meet up--but will they be able to overcome their differences and join forces?--and Old Hob has perfected the art of making mutants! Plus, when a new invention goes haywire, the Turtles are sent to a whole new type of New York City. One with a whole lot more ghosts--and Ghostbusters!