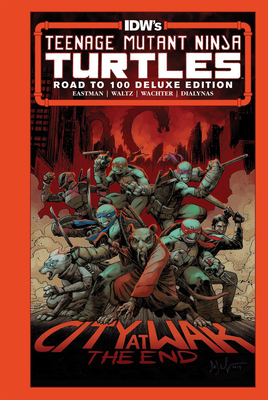 The landmark 100th issue of Teenage Mutant Ninja Turtles gets the celebration it deserves in this special hardcover edition.

But that's not all. In addition to the landmark issue, join TMNT scholar Patrick Ehlers for a review of the road to 100 issues through an in-depth look at everything that came before. This authoritative study of IDW's TMNT continuity is the perfect companion for such a notable comic book milestone, bringing the story into sharp focus for new fans or readers that have been there since the start.