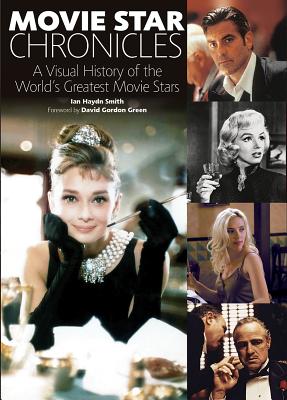 By Ian Haydn Smith, David Gordon Green (Foreword by)
$29.95
It's Complicated--Contact Us for More Information

Satisfy curiosity, settle arguments, get gloriously lost in the stars!

Movie Star Chronicles promises to satisfy the curiosity of moviegoers, cinephiles, and the Hollywood-hungry fans that fuel today's entertainment news industry. For film students, it is a practical reference to the most important actors in cinematic history.

Entries illustrated with film and television stills and other archival material chart the careers of 330 actors from the era of silent film to today's blockbusters. Expert text gives an entertaining overview and color-coded timelines provide an at-a-glance guide to the actor's career, their roles, movie release dates, earnings and awards.

With 576 pages and more than 2,500 illustrations for only $29.95, Movie Star Chronicles is an outstanding value. It includes:

Covering Hollywood, Bollywood and world cinema, Movie Star Chronicles is truly international and comprehensive. Sure to attract a wide readership, it is an essential purchase.