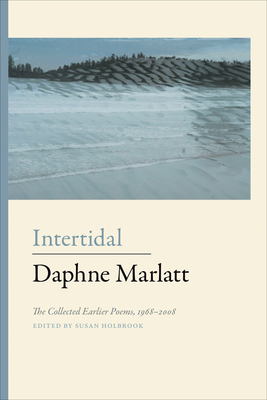 The first volume of the definitive oeuvre of Daphne Marlatt's poetry exploring the city, feminism, and collaboration. An early member of the avant-garde TISH group, which turned Canadian poetry for the first time to a focus on language, Marlatt's career has spanned five decades and a range of formal styles and concerns. The Collected Earlier Poems offers Marlatt's perceptual and Vancouver-centric work of the 1970s, her feminist writing of the 1980s, and her later collaborative work.

Susan Holbrook is a researcher, writer, and poet.

Daphne Marlatt was at the centre of the West Coast poetry movement of the 1960s, studying at the University of British Columbia and with many of Donald Allen's New American Poets, most notably Robert Creeley and Robert Duncan. Her early literary associations with the loosely affiliated Tish group encouraged her non-conformist approach to language and form. Her unique disposition toward language shapes and is shaped by her commitment to exploring and honouring silenced histories and experiences. For her, writing has been a lifelong ethical project, deeply engaged with feminism, immigrant experiences, and ecological issues. Her innovations in the prose poem form have influenced an entire generation (and beyond) of Canadian poets.Susan Holbrook, editor of this collection, is also a poet, a professor at the University of Windsor, and a pre-eminent critic of Marlatt's work.