The Last of the West Country Merchants: The Life and Times of Matthew Morry (1750-1836), One of the Last Generation of Merchant Adventurers in the New (Paperback) 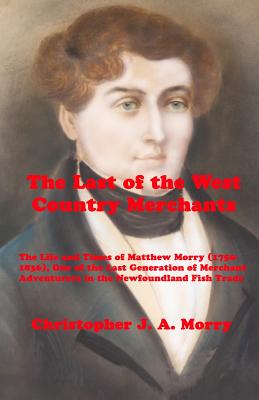 The Last of the West Country Merchants is a historical narrative which focuses on one family, the Morrys, who originated in Devon, England and came to the Southern Shore of Newfoundland at the end of the 18th Century. The immigrant ancestor of that family, Matthew Morry, was a self-made man whose meteoric rise from ordinary Able-bodied Seaman, to Master Mariner, to ship owner and small-scale fish merchant and trader, came at a time when the larger West Country merchants, better known in the literature, had already made their fortunes from the lucrative Newfoundland cod fishery and retired in comfort to their provincial estates in England. Men like Matthew Morry, of whom there were no doubt scores, each occupying a position of prominence in one of the many Newfoundland outports, represented a different class of entrepreneur - the last of the West Country merchants - those who came and stayed. In so doing, they provided the essential infrastructure and economic support to their small communities that allowed the people of those villages to eek out an existence during the first half of the 19th Century at a time when support from England was declining, along with the interest of the large merchant class families, and the push for Responsible Government was just beginning to take shape. This important aspect of Newfoundland's development has received insufficient attention in the major histories of Newfoundland, in the estimation of the author, and hence the impetus for his preparing this book.