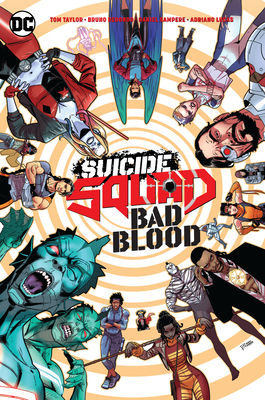 When the Suicide Squad is assigned to neutralize a group of international super-terrorists known as the Revolutionaries, the last thing they expect is for the survivors to join the team! Who can Squad veterans Harley Quinn and Deadshot trust when their new teammates are the very people they were sent to kill? This crew could survive the mission, but they might not survive each other— so don’t get attached.

Tom Taylor is the creator of the Aurealis Award-winning graphic novel series The Deep (which tells the adventures of a multiethnic family of underwater explorers who live on a submarine). The Deep has been optioned by Technicolor to be turned into a 26-episode CG animated series. He is perhaps best known for the bestselling DC Comics series Injustice: Gods Among Us, Earth 2, Batman/Superman, and his many Star Wars series. More recently Tom is best known for his smash-hit title DCeased from DC Comics.