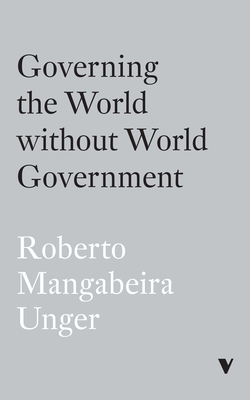 The world does not need a world government to govern itself. Roberto Mangabeira Unger argues that there is an alternative: to build cooperation among countries to advance their shared interests. We urgently need to avert war between the United States and China, catastrophic climate change, and other global public harms. We must do so, however, in a world in which sovereign states remain in command.

The opportunity for self-interested cooperation among nations is immense. Unger shows how different types of coalitions among states can seize on this opportunity and avoid the greatest dangers that we face. Unger offers a way of thinking about international relations as well as a transformative program: a realism with hope and a way to develop the international diversity that we want without the international anarchy that we fear. His ideas challenge the disillusionment and fatalism that threaten to overwhelm us.

Roberto Mangabeira Unger is one of the leading philosophers and political thinkers in the world today. He is also active in Brazilian public life and has served twice as Brazil’s Minister of Strategic Affairs, charged with developing initiatives that signal a direction for the country. Verso has published much of his work: in philosophy (The Religion of the Future), in social theory (False Necessity, Social Theory: Its Situation and Its Task, and Plasticity into Power), in political economy (The Knowledge Economy), and in legal theory (What Should Legal Analysis Become?).