Parasha and Other Poems (Paperback) 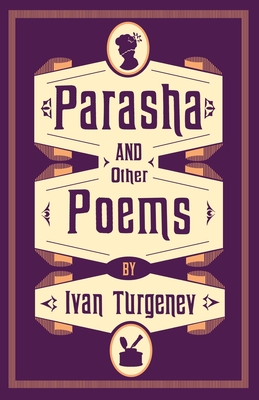 One of the pillars of nineteenth-century Russian prose fiction alongside towering figures such as Gogol, Dostoevsky and Tolstoy, Ivan Turgenev started his writing career as a poet, gaining much critical acclaim and renown in that field. The title piece of this collection, Parasha, which brought the young author to the attention of the influential critic Vissarion Belinsky and established his reputation, is a humorous narrative poem in the vein of Pushkin's Eugene Onegin or Lermontov's Sashka, telling the story of a young woman's marriage to her dull, unromantic neighbour and the couple's humdrum and more or less happy life ever after.

Also contained in this volume are four other narrative poems by Turgenev – Andrei, A Conversation, The Landowner and The Village Priest – all showing the author's early interest in ordinary stories of Russian life and all displaying the wit and stylistic versatility that we have come to associate with his more famous prose works.

Ivan Turgenev (1818–83) was a novelist, poet and dramatist, and now ranks as one of the towering figures of Russian literature. His masterpiece, Fathers and Children, is considered one of the greatest novels of the nineteenth century.