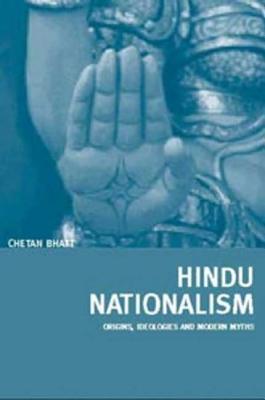 By Chetan Bhatt
Not Available
Available to Order from Supplier: Arrives at Store in a Week(ish)
Because of how it is sold to us we cannot accept a return of this title.

The rise of authoritarian Hindu mass movements and political formations in India since the early 1980s raises fundamental questions about the resurgence of chauvinistic ethnic, religious and nationalist movements in the late modern period. This book examines the history and ideologies of Hindu nationalism and Hindutva from the end of the last century to the present, and critically evaluates the social and political philosophies and writings of its main thinkers.Hindu nationalism is based on the claim that it is an indigenous product of the primordial and authentic ethnic and religious traditions of India. The book argues instead that these claims are based on relatively recent ideas, frequently related to western influences during the colonial period. These influences include eighteenth and nineteenth century European Romantic and Enlightenment rationalist ideas preoccupied with archaic primordialism, evolution, organicism, vitalism and race. As well as considering the ideological impact of National Socialism and Fascism on Hindu nationalism in the 1930s, the book also looks at how Aryanism continues to be promoted in unexpected forms in contemporary India. Using a wide range of historical and contemporary sources, the author considers the consequences of Hindu nationalist resurgence in the light of contemporary debates about minorities, secular citizenship, ethics and modernity.

"In a time of profound changes in forms of nationalist politics Chetan Bhatt's account of Hindu nationalism offers a perspective that should be required reading for anybody interested in the dynamics of contemporary nationalism. It provides a reasoned and succinctly argued analysis of the history of this phenomenon and an illuminating account of the issues that will shape it in the future." --John Solomos, City University, London

"Chetan Bhatt's Hindu Nationalism is a careful and excellent reconstruction of the ideas and ideology of Hindutva in the century and a half of its existence. Bhatt details a genealogy of Hinudtva that builds on its initial belief in a primordial Hindu lineage by accumulating new concerns over time, such as anti-minorityism. Hindu Nationalism is pathbreaking in many respects, especially in its serious consideration of the thought of half forgotten but important Hindutva thinkers such as Chadranath Basu and Lal Chand. Equally, Bjhatt's handling of recognized Hindutva thinkers and organisations such as Golwalkar, Upadhyaya and the Vishwa Hindu Parishad elaborates the entire spectrum of their social, political and religious concerns that spring up from their shared commitment to an authoritarian homogenity. Drawing on a variety of inputs - discursive prose, novels, organisational practices, historical contexts, - Bhatt produces an intricate weave of individual careers and varied intellectual productions, all of which go into the making of Hindutva.

Hindu Nationalism also looks at the thought of an ex-colony in a sensitive and insightful way. Briefly he locates the influence of European ideas on Hinudtva - which includes the contributions of German Romaniticism and British Positivism - not so much an originative source, but as a horizon of intellectual possibilities to which specific Hindutva thinkeres give shape, substance and direction. Lucidly written, seriously researched and richly stimulating, Hindu Nationalism will be very rewarding for those interested in the study of South Asian political cultures, post-coloniality and the problems of identity formation," --Pardip K. Datta, Sri Venkateswara College

"Comprehensively argued, coherent and lucid ... the work stands as a useful and compact handbook for students and a ready reference for researchers of Hindu nationalism." --Political Studies

"Rather than get bogged down in the morass of these sorts of personality conflicts, Bhatt takes us for a comprehensive journey of Hindutva nationalism ... The list is provocative and useful ... In Bhatt's hands, the liberal racist who cannot understand the depravity of the Third World will be stunned to find the hand of Europe even here, joined in a fascist salute with that of Hindutva's storm-troopers." --Ethnic and Racial Studies

"Hindu Nationalism is perhaps the only work in the field that offers a rich and in-depth ideological analysis of Hindu nationalism over a long historical period." --American Nationalism

"...This will stand as the most valuable contribution to the understanding of the Hindutva movement." --The Telegraph

"Chetan Bhatt's book is manifestly a useful addition to the large literature on Hindu nationalism...[His] work is richly detailed and it cannot be denied that he has made a significant contribution to the subject of Hindu nationalism." --Journal of Contemporary Religion

"Bhatt shows how European ideas of nationalism, rationalism, cultural authenticity, and race have been used by Hindu reformers in articulating an ideology of Hindutva - the essence of Hinduism." --Choice