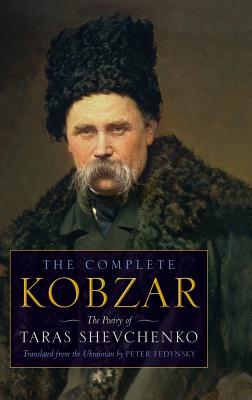 Masterfully fulfilled by Peter Fedynsky, Voice of America journalist and expert on Ukrainian studies, this first ever English translation of the complete Kobzar brings out Ukraine's rich cultural heritage. As a foundational text, The Kobzar has played an important role in galvanizing the Ukrainian identity and in the development of Ukraine's written language and Ukrainian literature. The first editions had been censored by the Russian czar, but the book still made an enduring impact on Ukrainian culture. There is no reliable count of how many editions of the book have been published, but an official estimate made in 1976 put the figure in Ukraine at 110 during the Soviet period alone. That figure does not include Kobzars released before and after both in Ukraine and abroad. A multitude of translations of Shevchenko's verse into Slavic, Germanic and Romance languages, as well as Chinese, Japanese, Bengali, and many others attest to his impact on world culture as well. The poet is honored with more than 1250 monuments in Ukraine, and at least 125 worldwide, including such capitals as Washington, Ottawa, Buenos Aires, Warsaw, Moscow and Tashkent.

Taras Shevchenko deserves an entire school of translators, especially today. He arose out of serfdom to become a groundbreaking poet and an object of the ire of Russian Tsar Nikolai I; in the process, he did nothing less than help shape modern Ukraine, the largest country within the continent of Europe. Yet Shevchenko remains a relatively poorly known figure in world literature. Fedynsky's accessible, no-frills translation of his entire collected verse seeks to change this state of affairs. With enthusiasm and care, it sets out to showcase the breadth of the poet's concerns and to convey the fullness of his message of freedom and justice to Ukraine, and to the world.
Rory Finnan Director,
Ukrainian Studies Program Cambridge University

I cannot help but instantiate some of the translator's manifold contrivances and witty finds in rendering multiple national geographic and personal names with descriptive or symbolic elements, so that their pragmatic meaning or significance might "shine through" for English readers. Fedynsky has also supplied additional footnotes on important historical characters and significant geographic names, on the turning points in Ukraine's history once forbidden to be mentioned by Moscow authorities.
Lada Kolomiyets Chair,
English Translation Department Taras Shevchenko National University of Kyiv