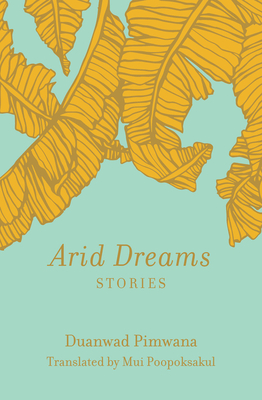 A social realist exploration from Thailand's preeminent contemporary woman writer: each of her stories poses its own moral challenge, pleasurable and unsettling at once. (NPR.org)

In thirteen stories that investigate ordinary and working-class Thailand, characters aspire for more but remain suspended in routine. They bide their time, waiting for an extraordinary event to end their stasis. A politician's wife imagines her life had her husband's accident been fatal, a man on death row requests that a friend clear up a misunderstanding with a sex worker, and an elevator attendant feels himself wasting away while trapped, immobile, at his station all day.

With curious wit, this collection offers revelatory insight and subtle critique, exploring class, gender, and disenchantment in a changing country.

Duanwad Pimwana (b. 1969) is consistently regarded as an important female voice in contemporary Thai literature. She won the S.E.A. Write Award, Southeast Asia's most prestigious literary prize, in 2003 for her novel Changsamran, and is one of only six women to have won the Thai section of the award. Born to farmer parents, Pimwana attended a vocational school and started off as a journalist at a local newspaper. She published her first short story at the age of twenty and quickly gained recognition, earning awards from PEN International Thailand and the acclaimed Thai literary magazine Chorkaraket. Known for fusing touches of magic realism with social realism, she has written nine books. English translations of her work have appeared in Words Without Borders and Asymptote's Translation Tuesday column. The author currently lives in her native seaside province of Chonburi, located on the Thai east coast. Mui Poopoksakul is a lawyer-turned-translator with a special interest in contemporary Thai literature. Her first book-length translation The Sad Part Was (Tilted Axis Press 2017), a short story collection by Prabda Yoon, won a PEN Translates award. Her work has also appeared in various literary journals, including Two Lines, Asymptote, The Quarterly Conversation, and In Other Words. She studied literature as an undergraduate at Harvard College, and holds an MA in cultural translation from the American University of Paris. A native of Bangkok, she currently resides in Berlin.