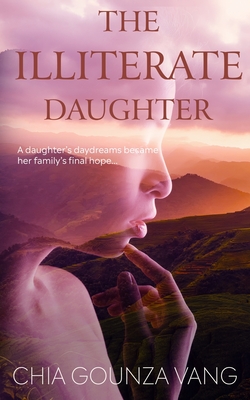 In war torn Laos, thirteen-year-old Nou daydreams of the legendary heroes and mythical beings who live in the folklore stories she loves to hear. Remembering them helps her ignore physical pain as she struggles through the endless chores expected of a dutiful daughter. Each night, she examines the two books given to her by her ex-soldier father and prays for an end to the Vietnam War. Only peace will allow her to attend school and learn to read the secrets locked inside her wondrous books. In a late-night Communist attack on her village, Nou's home, books, and illusion of safety are lost in the deadly flames and rifle fire that follow. Although her family escapes into the jungle, they leave behind unknown numbers of dead and missing friends and neighbors.

﻿As her father desperately searches for a place to rebuild their home, he learns that the Communist soldiers who control the country are intent upon killing any man who fought alongside the Americans. Nou's family must flee their homeland or live under constant threat of imprisonment and torture. But escape from Laos requires a guide able to smuggle large numbers of refugees through the jungle's high mountain passes and across the Mekong River into Thailand, routes watched by patrols instructed to shoot to kill. While the number of dead who litter their escape route increases, Nou increasingly draws upon her "worthless" folklore heroes for help in getting her surviving family members closer to freedom.