A Dagger in the Winds (Hardcover) 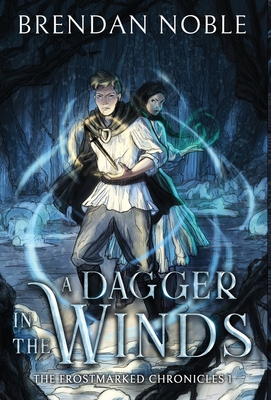 An outcast cursed since birth. A witch chosen by a goddess. Torn apart by fate, together, can they save their tribe from eternal winter?

All Waclaw has ever dreamed of is belonging and purpose. Except he's never actually dreamed. Each night, his soul leaves his body, allowing him to wander invisibly until he wakes. He'd do anything to know why.

Even give a blood offering to the goddess of winter and death.

As a priestess of spring, there's no one Otylia hates more than the winter goddess-except maybe her once best friend Waclaw. It's been four years since she saved Waclaw's life using forbidden magic. Her thanks? Abandonment. Winter stole her mother just weeks later, and Waclaw never came.

But when Otylia discovers Waclaw bearing the winter goddess's mark on what should be the first day of spring, she realizes the horrific truth: Winter will not end, and Waclaw is her only hope of discovering why.

Embark on an epic journey through a world rooted in Slavic mythology and folklore that has powerful gods, menacing beasts, cursed forests, forbidden romance, and plenty of secrets to uncover.