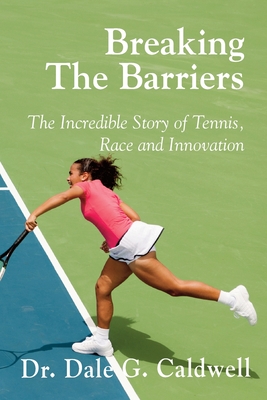 Dr. Dale Caldwell, in this groundbreaking book, shares the stories of some of the most extraordinary people who have ever been connected to the amazing sport of tennis. Dale, when he was the first black president of the United States Tennis Association (USTA) Eastern Section, brought the idea of doing an exhibit on the first 100 years of tennis in the African-American community to the ITHF. He worked as the curator of the resulting Breaking the Barriers exhibit on US black tennis history that was viewed by more than 25,000 people at the 2007 US Open.

This book builds on that exhibit by providing information on tennis legends of all races and backgrounds who accomplished remarkable feats. Dale introduces readers to legends like Ora Washington who was the best black female athlete in both tennis and basketball in the US. Dale also shares the amazing story of William Agustus Larned, a white tennis player who won a record seven US National Championships and became the first top player to use a metal racket in 1922. These stories, combined with the history of tennis, the ITHF, the United States Tennis Association (USTA), the American Tennis Association (ATA) and the Black Tennis Hall of Fame (BTHOF), make this book a must-read for anyone who loves tennis or fascinating history.