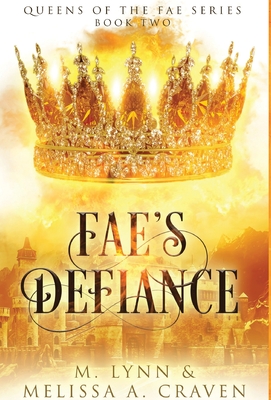 Brea Robinson is a princess.

She's left her small Ohio town behind for an exotic palace beyond her imagination, trading old jeans for ballgowns and a drunken father for two Fae mothers.

Safe behind the power of Eldur, it's easy to forget everything that brought her here.

Like the two men who saved her that are now missing.

The abducted princess who should be roaming the palace halls instead of her.

The war coming for them all.

As Brea comes to terms with this new world and the web of secrets surrounding her, she realizes she stands on the brink of losing everything she never knew she wanted.

The mothers who would die for her.

The Fae who loves her.

And the people of her kingdom who trust her to save them.

Only, Brea can barely save herself. With uncontrollable magic warring within her, it's only a matter of time before she lets everyone down.

When the worst happens and the person she loves most falls into the enemy's hands, she has a choice to make. And if she bows to the enemy queen's demands, will she remain a princess or become a sacrifice instead?

Book two in the Queens of the Fae Series, click now to be transported into a world where magic can't always be controlled, kings fall, and betrayal is sometimes the biggest sacrifice of all.