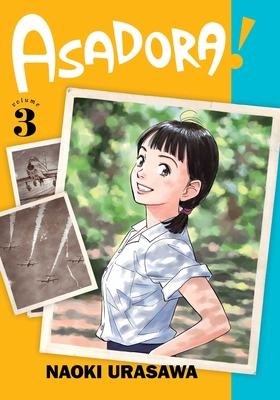 This is book number 3 in the Asadora! series.

With the Olympics around the corner, the Japan Defense Forces have their hands full. So Jissoji enlists Asa and Kasuga’s help to find, identify and deal with the mysterious creature that decimated Asa’s hometown.