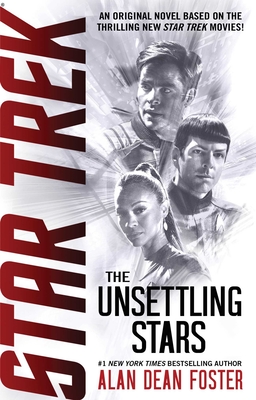 An original novel based on the thrilling Star Trek movies directed by J.J. Abrams!

Taking place in an alternate timeline created when the Starship Kelvin was destroyed by a Romulan invader from the future, this bold new novel follows Captain James T. Kirk and an inexperienced crew commandeering a repaired U.S.S. Enterprise out of spacedock for a simple shakedown cruise. When a distress call comes in, the Enterprise must aid a large colony ship of alien refugees known as the Perenorean, who are under siege by an unknown enemy. But Kirk and his crew will find that the situation with the peaceful Perenorean is far more complicated than they bargained for, and the answers as to why they were attacked in the first place unfold in the most insidious of ways…

Alan Dean Foster’s work to date includes excursions into hard science fiction, fantasy, horror, detective, western, historical, and contemporary fiction. He has also written numerous nonfiction articles on film, science, and scuba diving and produced the novel versions of many films, including such well-known productions as Star Wars, the first three Alien films, Alien Nation, and The Chronicles of Riddick. Other works include scripts for talking records, radio, computer games, and the story for the first Star Trek movie. His novel Shadowkeep was the first ever book adaptation of an original computer game. In addition to publication in English his work has been translated into more than fifty languages and has won awards in Spain and Russia. His novel Cyber Way won the Southwest Book Award for Fiction in 1990, the first work of science fiction ever to do so.