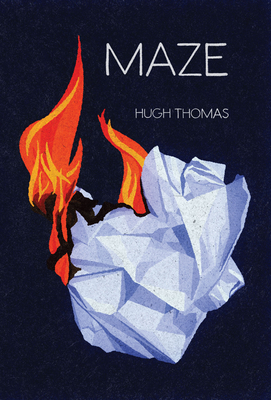 Intentional mistranslations that set a meandering path through the maze of language.

Drawing on the patterns of words, speech, and identity we encounter
in the wider world--subway ads in Mexico City, a Dutch-Japanese phrase
book, multi-lingual airplane safety instructions, one of Italo Calvino's
Invisible Cities--the poems in Hugh Thomas's Maze playfully translate the maze of languages and language into moments of amazement.

"A clever, complex debut, Maze will draw you into its labyrinthine, snakelike halls."--Winnipeg Free Press