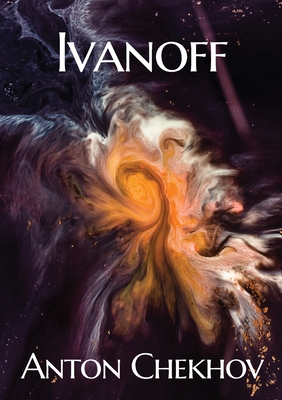 By Anton Chekhov
Not Available
Available to Order from Supplier: Arrives at Store in a Week(ish)
Because of how it is sold to us we cannot accept a return of this title.

Ivanoff (Ivanov)Anton Chekhov Ivanov (Russian: Иванов драма в четырёх действиях (Ivanov: drama in four acts) also translated as "Ivanoff") is a four-act drama by the Russian playwright Anton Chekhov.Ivanov was first performed in 1887, when Fiodor Korsh, owner of the Korsh Theatre in Moscow, commissioned Chekhov to write a comedy. Chekhov, however, responded with a four-act drama, which he wrote in ten days. The first performance was not a success and the production disgusted Chekhov himself. In a letter to his brother, he wrote that he "did not recognise his first remarks as my own" and that the actors "do not know their parts and talk nonsense". Irritated by this failure, Chekhov made alterations to the play. Consequently, the final version is different from that first performance. After this revision, it was accepted to be performed in St. Petersburg in 1889. Chekhov's revised version was a success and offered a foretaste of the style and themes of his subsequent masterpieces.Nikolai Ivanov - A government official concerned with peasant affairs, Chekhov paints him as the quintessentially melancholy Russian from the upper social strata. Severely afflicted by internal conflicts his loss of appetite for life, love of his wife, and external pressures managing his estate and his debts, collide in a melodramatic climax.Anna (born as Sarah Abramson) - Ivanov's wife of 5 years who (unknowingly) suffers from tuberculosis. She renounced her Jewish heritage and converted to Russian Orthodox in order to marry Ivanov.Paul Lebedev - Chairman of the rural district council. Confidant and good friend to Ivanov.Zinaida - Lebedev's wife. She is a wealthy lender to whom Ivanov owes a large sum of money.Sasha - The Lebedevs' 20-year-old daughter. She is infatuated with Ivanov, an infatuation which ends in her nearly marrying him.Eugene Lvov - A pompous young doctor on the council's panel, and an honest man. Throughout the play, he moralizes and attacks Ivanov's character. He later resolves to reveal what he believes are Ivanov's intentions in marrying Sasha.Count Matthew Shabelsky - Ivanov's maternal uncle, a geriatric buffoon. He indulges in antisemitic jokes but his tenderness to Anna is unmistakable.Martha Babakina - A young widow, estate-owner, and the daughter of a rich businessman. She has a turbulent relationship with the Count.Michael Borkin - A distant relative of Ivanov and manager of his estate. Somewhat of a jester, he comes out with many money-making schemes throughout the play - including his proposal for the Count and Martha Babakina to marry.Dmitry Kosykh - An excise officer.