Such a Fun Age (Paperback) 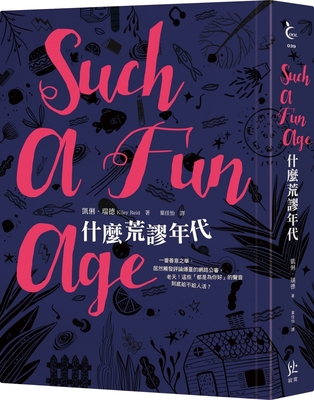 By Kiley Reid
Not Available

THIS IS NOT SCHEDULED TO PUBLISH UNTIL JUNE 2023

“When I attempted to write a review for Such a Fun Age, I was at a loss for words. How could I encapsulate how Kiley Reid’s startling debut perfectly captured what it means to be a woman? The societal pressure, the self-doubt, the perseverance, the constant comparison — all of it was perfectly represented through Reid’s two wonderfully flawed and captivating leads. Follow Emira and Alix, two women on seemingly incongruous paths who find themselves searching for purpose and an authentic sense of self. Such a Fun Age tackles complex issues — race, gender, economic status, and the intersection of them all — yet remains accessible. You will not want to put this book down; when you do, you’ll be itching to pick it back up again.”
— Gennifer Eccles, Flyleaf Books, Chapel Hill, NC

A Best Book of the Year:
The Washington Post - Chicago Tribune - NPR - Vogue - Elle - Real Simple - InStyle - Good Housekeeping - Parade - Slate - Vox - Kirkus Reviews - Library Journal - BookPage
Longlisted for the 2020 Booker Prize An Instant New York Times Bestseller A Reese's Book Club Pick The most provocative page-turner of the year. --Entertainment Weekly I urge you to read Such a Fun Age. --NPR A striking and surprising debut novel from an exhilarating new voice, Such a Fun Age is a page-turning and big-hearted story about race and privilege, set around a young black babysitter, her well-intentioned employer, and a surprising connection that threatens to undo them both. Alix Chamberlain is a woman who gets what she wants and has made a living, with her confidence-driven brand, showing other women how to do the same. So she is shocked when her babysitter, Emira Tucker, is confronted while watching the Chamberlains' toddler one night, walking the aisles of their local high-end supermarket. The store's security guard, seeing a young black woman out late with a white child, accuses Emira of kidnapping two-year-old Briar. A small crowd gathers, a bystander films everything, and Emira is furious and humiliated. Alix resolves to make things right. But Emira herself is aimless, broke, and wary of Alix's desire to help. At twenty-five, she is about to lose her health insurance and has no idea what to do with her life. When the video of Emira unearths someone from Alix's past, both women find themselves on a crash course that will upend everything they think they know about themselves, and each other. With empathy and piercing social commentary, Such a Fun Age explores the stickiness of transactional relationships, what it means to make someone family, and the complicated reality of being a grown up. It is a searing debut for our times.

Kiley Reid earned her MFA from the Iowa Writers' Workshop, where she was awarded the Truman Capote Fellowship and taught undergraduate creative writing workshops with a focus on race and class. Her short stories have been featured in Ploughshares, December, New South, and Lumina. Reid lives in Philadelphia.