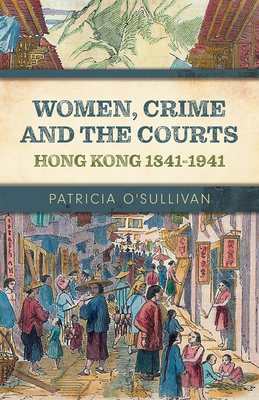 By Patricia O'Sullivan
$17.95
It's Complicated--Contact Us for More Information

Kwan Lai-chun was sick of being made to feel second-class by her husband's concubine; sick of her mother-in-law's endless carping about the money she spent; sick of the whole family really. Late one sticky, humid night something snapped in her - and she grabbed the meat chopper. Within minutes, three people were dead: the concubine with over 70 gashes, many of them to the bone.Kwan was found guilty and became the second and last woman in Hong Kong to suffer the death penalty. But behind her story, and those of the city's other female murderers, lie complex webs of relationships and jealousies, poverty and despair. Taking the first 100 years of Hong Kong's colonial history, this book unravels the lives of women - Chinese and Westerners alike - who found themselves on the wrong side of the law. Hong Kong's female prison population was a tiny fraction of that in America, but there are still plenty of tales from its women kidnappers, fraudsters, bomb-makers, thieves and cruel mistresses.

Patricia O'Sullivan is a writer and researcher on the lesser-known aspects of Hong Kong's social history prior to 1941.