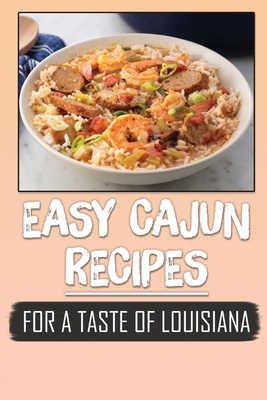 On Order at the Wholesaler
Because of how it is sold to us we cannot accept a return of this title.

Cajun cuisine is a style of cooking developed by the Cajun-Acadians who were deported from Acadia to Louisiana during the 18th century and who incorporated West African, French, and Spanish cooking techniques into their original cuisine.
If you think of Cajun food, you are probably thinking spicy. Spices dominate Cajun dishes. However, Cajun cuisine has its basis in French cooking. The people who settled in New Orleans and Louisiana were mostly French, and that is reflected in the recipes in this book.