A Heartbeat away from You (Paperback) 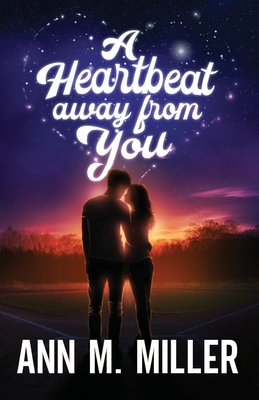 By Ann M. Miller
Not Available
Available to Order from Supplier: Arrives at Store in a Week(ish)

Fearless Ali-implanted with a pacemaker-sets her sights on a return to the diamond, but her overprotective dad throws her a curveball when he enlists her childhood nemesis to keep her out of the game.

After a daredevil play on the baseball field leads to a four-minute long cardiac arrest, seventeen-year-old Ali Benton is lucky to be alive. Now she wants to make the most of her second chance-and she's not going to let a pesky little pacemaker, or her helicopter dad, slow her down.

Between chairing multiple school clubs and working two jobs to help his single mother pay the bills, Max Delaney has got every second of every day planned. His childhood nemesis, Ali, doesn't figure into any of them. But when her overprotective father offers him cash to keep an eye on her and steer her away from baseball, his plans change.

Ali can't figure out why Max, the condescending know-it-all, is sticking to her side like Krazy Glue, and Max can barely tolerate headstrong Ali. But opposites attract, and before long, fighting turns to kissing. Even as sparks fly, the secrets they've been keeping threaten to tear them apart. When Max learns Ali's been putting herself in harm's way and playing ball in secret, he struggles with how to tell her father. If he tattles, he'll lose her trust. If he doesn't, he may lose her heart...in more ways than one.