Primarily of interest to grownups 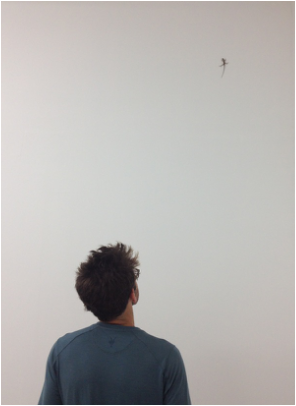 Key West, 2016. Sea levels are rising, coral reefs are dying. In short, everything is going to hell. It's here that two young filmmakers find something to believe in: an old sailor who calls himself Daniel Defoe and claims to be five hundred and sixty years old.

Aaron Thier is the author of The Ghost Apple and Mr. Eternity. He is the recipient of a literature fellowship from the National Endowment for the Arts, a columnist for Lucky Peach, and a regular contributor to The Nation. He lives in western Massachusetts. 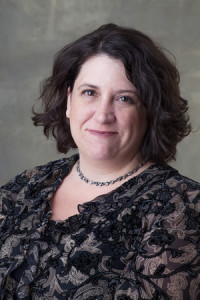 How far will a mother go to save her family? The Hammond family is living in DC, where everything seems to be going just fine, until it becomes clear that the oldest daughter, Tilly, is developing abnormally--a mix of off-the-charts genius and social incompetence. Once Tilly--whose condition is deemed undiagnosable--is kicked out of the last school in the area, her mother Alexandra is out of ideas.

Carolyn Parkhurst holds an MFA in fiction from American University. She is the New York Times-bestselling author of the novels, The Dogs of Babel, Lost and Found and The Nobodies Album, as well as a children’s book, Cooking with Henry and Elliebelly. She lives in Washington, D. C., with her husband and their two children.

The moment just before Radar Radmanovic is born, the hospital's electricity fails. The delivery takes place in total darkness. Lights back on, everyone present sees a healthy baby boy with jet-black skin born to the stunned white parents. No one understands the uncanny electrical event or the unexpected skin color. A childbirth is an explosion, an ancient physician explains. Some shrapnel is inevitable, isn't it?

Laura van den Berg was raised in Florida. Her first collection of stories, What the World Will Look Like When All the Water Leaves Us, was a Barnes & Noble Discover Great New Writers selection and a finalist for the Frank O'Connor International Short Story Award. Her second collection of stories, The Isle of Youth, received the Rosenthal Family Foundation Award for Fiction from the American Academy of Arts and Letters. Find Me is her first novel. She lives in the Boston area.

I Am Radar: A Novel (Paperback)

Find Me: A Novel (Paperback) 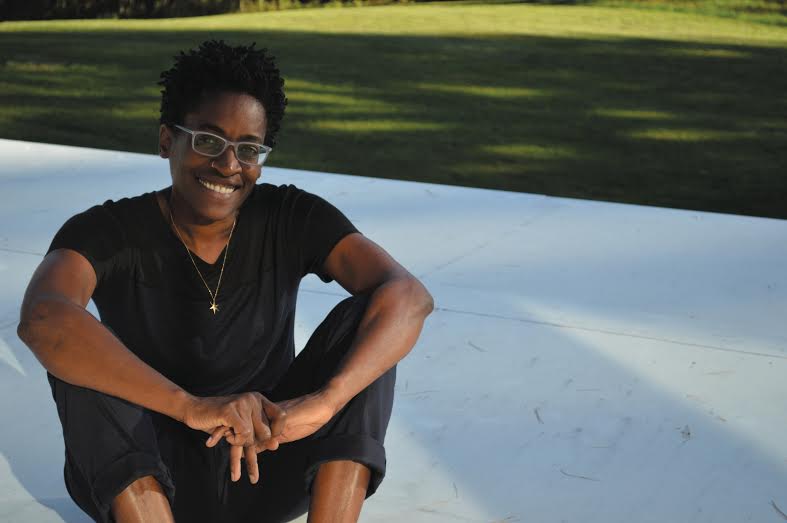 Another Brooklyn: A Novel (Hardcover)

​​​​​​​Max Gladstone went to Yale, where he wrote a short story that became a finalist in the Writers of the Future competition. He is the author of Three Parts Dead and Two Serpents Rise. He lives in Boston, Massachusetts.

Malka Older is a writer, humanitarian worker, and PhD candidate at the Centre de Sociologie des Organisations studying governance and disasters. Named Senior Fellow for Technology and Risk at the Carnegie Council for Ethics in International Affairs for 2015, she has more than eight years of experience in humanitarian aid and development, and has responded to complex emergencies and natural disasters in Uganda, Darfur, Indonesia, Japan, and Mali. Infomocracy is her first novel.

Infomocracy: Book One of the Centenal Cycle (Hardcover)

Four Roads Cross: A Novel of the Craft Sequence (Hardcover) 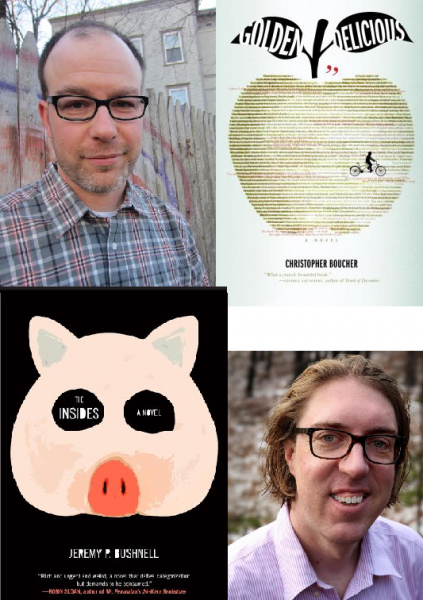 Welcome to Appleseed, Massachusetts, where stories grow in soil, sentences are kept as pets, and pianos change your point of view. Golden Delicious chronicles the narrator's rich, vivid childhood -- driving to the local flea market with his father, causing trouble at school, pedaling through the neighborhood on his Bicycle Built for Two.

But as the local economy sours, the narrator's family is torn apart. His mother joins a flying militia known as The Mothers; his father takes an all-consuming job; his sister runs away for a better life elsewhere. Who will save Appleseed? Will it be the Memory of Johnny Appleseed? The Mothers? The narrator himself?

Ollie Krueger's days as a punk kid practicing street magic are are mostly behind her. Now she's a butcher at Carnage, a high-end restaurant offering deconstructed takes on meat, and on the busiest nights of the week she and her partner, Guychardson, race to see who can produce more finished cuts. Ollie's the better butcher, but somehow Guychardson almost always wins. And Ollie thinks maybe it's because the mysterious knife he uses is magic.

Before she knows it, Ollie's interest in the knife has thrown her square in the path of a dangerous ex-marine called Pig and his hired psychic, Maja, who are on the hunt for the knife too who want it so badly, in fact, that they might kill for it.

Now, magic is back in Ollie's life and she's being chased through New York City, with the fabric of space-time tattering around her and weird inter-dimensional worms squirming their way into her kitchen. And before all this is over she's going to need to face up to the Possible Consequences of some bad decisions, to look at the uncomfortable truths that she stuffed away long ago, deep down inside . . . 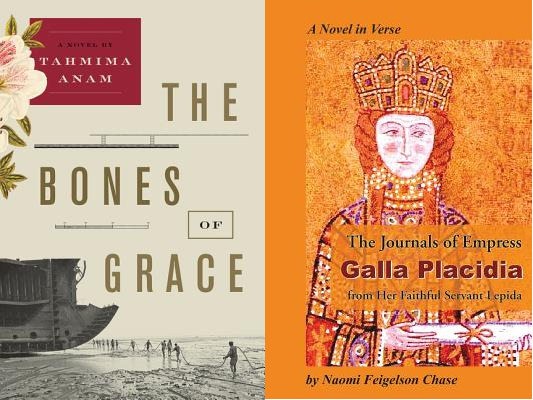 Two novels present history from women's perspectives: the only woman to rule Rome tells her story in Naomi Chase's The Journals of Empress Galla Placidia, and Tahmima Anam's The Bones of Grace looks at Bangladesh's tumultuous history through three generations of women in one family.

The Bones of Grace: A Novel (Hardcover) 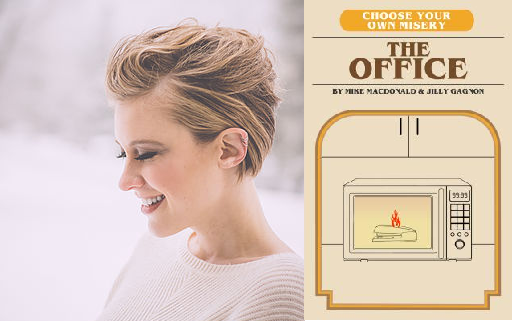 You have endless choices... but few real options.

Jilly Gagnon has contributed to Newsweek, McSweeney's Internet Tendency, Vanity Fair, the Huffington Post, the Onion, and regularly in Boston's Weekly Dig, where she s a columnist. As the writer for a safari company, Jilly dreams of exotic adventures and high drama. Mostly it's full of counting down the minutes until the next coffee break. Underworked but still unable to leave before the stroke of 5:30, Jilly is well-versed in the inanities that make up much of office life. And she's always hoping no one's really paying attention to her computer screen, where she's working on documenting her own misery for adventure stories.

Choose Your Own Misery: The Office (Paperback) 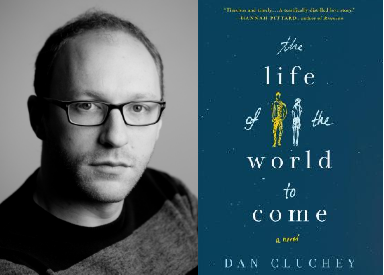 Leo Brice is dead, in a sense (not the traditional one). When the neurotic law student meets his cosmic match in Fiona Haeberle, an impulsive spirit and burgeoning soap star, all seems well -- the two fall fast in love, and spend three years navigating their twenties in wide-eyed wonder. But once the fantastical woman who had defined his future bolts to pursue a fantasy life of her own, Leo is forced to come to terms with a reality that more closely resembles an epilogue than the story he'd hoped it might be.

Dan Cluchey is a native of Portland, Maine, and a former Obama administration speechwriter and advisor. During his time in Washington, he wrote hundreds of speeches and op-eds on behalf of a number of senior leaders throughout the administration, covering topics ranging from health care reform to international trade. A graduate of Amherst College and Harvard Law School, Dan is a member of the New York Bar, although he continues to not practice law. He lives in New Haven, CT, and The Life of the World to Come is the first piece of fiction he has written.

The Life of the World to Come: A Novel (Hardcover) 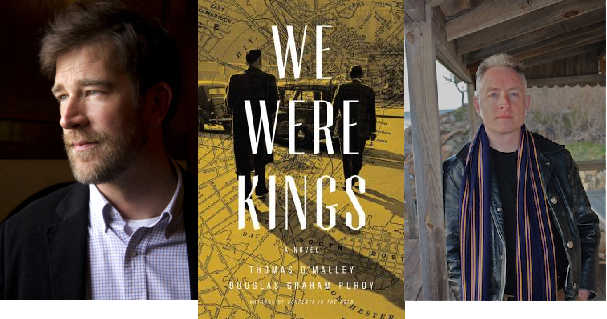 In 1950's Boston, the Irish Republican Army is running guns and killing witnesses. Cal and Dante are committed to stopping them.

Thomas O'Malley was raised in Ireland and England. He is a graduate of the University of Massachusetts, Boston, and the Iowa Writers’ Workshop, and currently teaches on the faculty of creative writing at Dartmouth College. He is the author of the novels In the Province of Saints and This Magnificent Desolation. He lives in the Boston area.

Douglas Graham Purdy grew up in the Boston area. He is a graduate of the University of Massachusetts, Boston and currently works in Film & Media Studies at MIT.

We Were Kings (The Boston Saga #2) (Hardcover)