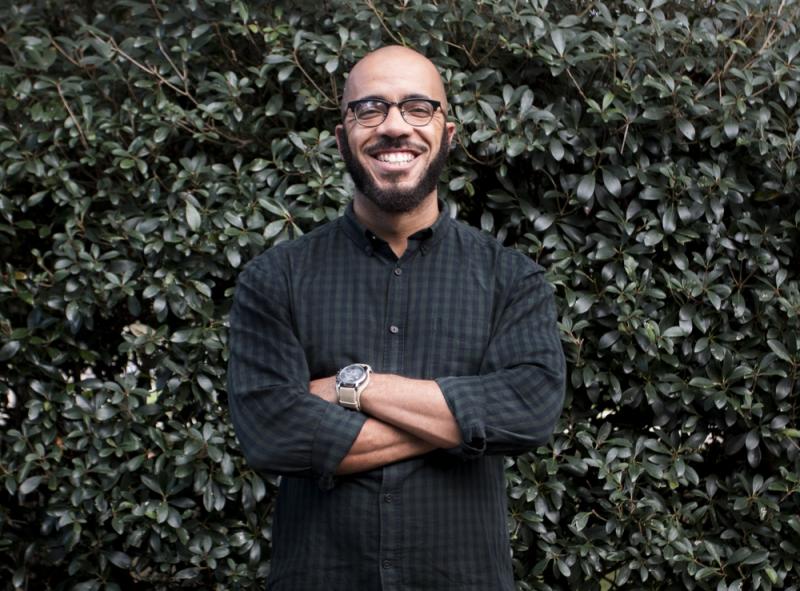 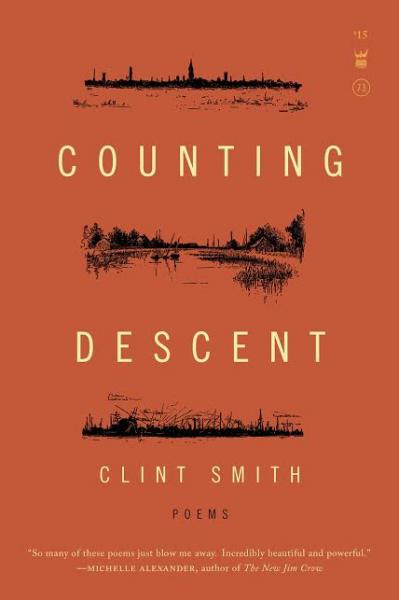 Clint Smith's debut poetry collection, Counting Descent, is a coming of age story that seeks to complicate our conception of lineage and tradition. 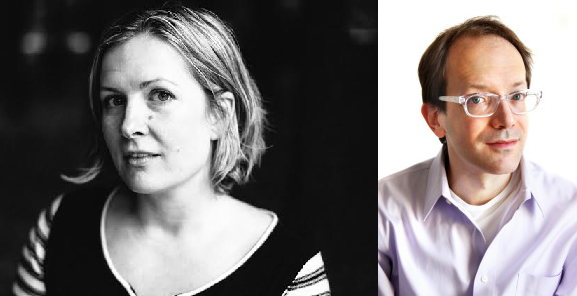 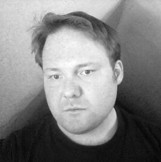 Tess Taylor is the author of The Forage House, finalist for the Believer Poetry Award, and Work & Days. An avid gardener and cook, she dropped out of Amherst College in her twenties to become a translator and chef’s assistant at L’Ecole Ritz Escoffier in Paris. Her poems and essays have appeared widely in publications including the New Yorker, the Academy of American Poets, and the New York Times. She is currently the on-air poetry reviewer for NPR’s All Things Considered, and was most recently visiting professor of English and creative writing at Whittier College. She lives in El Cerrito, CA.

Stephen Burt is a poet, literary critic, and professor. His essay collection Close Calls with Nonsense was a finalist for the National Book Critics Circle Award. His other works include The Art of the Sonnet, Something Understood: Essays and Poetry for Helen Vendler, The Forms of Youth: Adolescence and 20th Century Poetry, Parallel Play: Poems, Randall Jarrell on W. H. Auden, Randall Jarrell and His Age, and Popular Music. His latest collection of poems, Belmont, was published by Graywolf Press in 2013.

Joseph Massey is the author of Areas of Fog, At the Point, To Keep Time and Illocality as well as 13 chapbooks and various limited-edition broadsides and folios. Massey’s work has also appeared in many journals and magazines, including The Nation, A Public Space, American Poet, Verse, Western Humanities Review, Quarterly West; and in the anthologies Visiting Dr. Williams: Poems Inspired by the Life and Work of William Carlos Williams, Haiku in English: The First Hundred Years, and Please Excuse This Poem: 100 New Poems for the Next Generation. 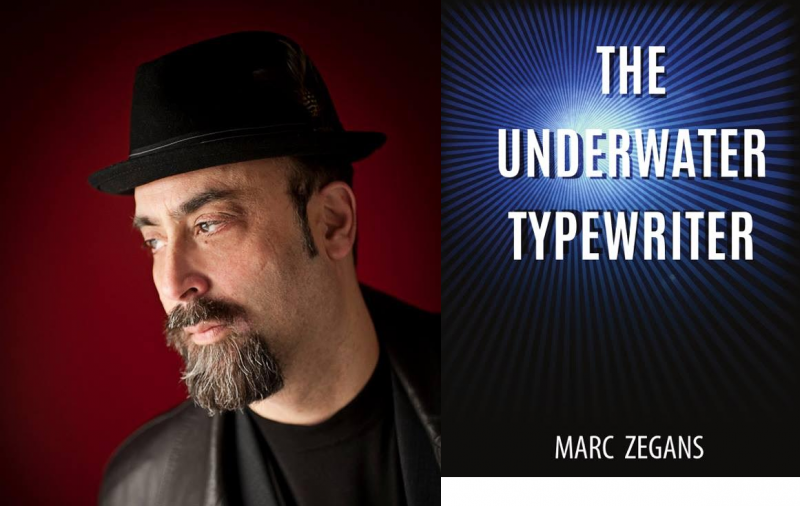 This event is presented in conjunction with the National Writers Union.

The Underwater Typewriter arrives as a collection of weathered shards, through which light and by implication love pass kaleidoscopically. Its shifting patterns reveal the variety and range demanded of a poet traversing brutal terrain, tempted by but refusing bitterness. Zegans’ poetry finds human possibility in the broken, and discovers life beyond wistful memory compiled in the collage of remaindered things. With language and metaphor beautiful and delicate, The Underwater Typewriter, a selke’s gift, draws us back to ourselves, as we journey through extraordinarily hard emotions to the beating heart of our connection with people and place. Listen closely as you read, for sound travels great distances under water. 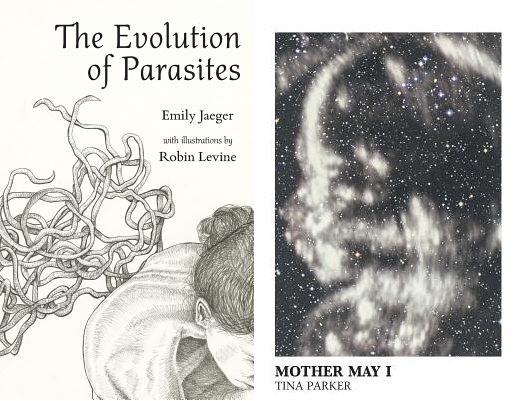 Emily Jaeger is an MFA candidate at UMass Boston and co-editor/co-founder of Window Cat Press. A Literary Lambda and TENT fellow, her poetry has appeared in Four Way Review, Soundings & East, and Incessant Pipe Salon, among others.

The Evolution of Parasites (Paperback)

Mother May I (Paperback) 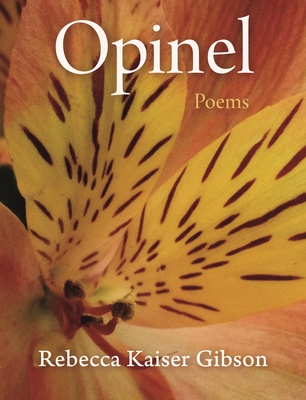 Named after a workaday knife wielded by shepherds and farmers in the high pastures of the Alps when a tool for paring, shaping, cutting into, scraping out of, or freeing is useful, these poems likewise cleave away the false and deceptive to clarify and reveal a startling and unifying wonder. In language radiant, lovely, and disturbing, Rebecca Kaiser Gibson explores the linkages between the uncomfortable familiar and the curiously intimate strange, making unexpected connections between phenomena. Arranged by association rather than chronology and connected by a sensual intelligence, this collection wanders from Maryland and India to Boston, France, New Hampshire and Ireland from Ezekiel's Flight and the Book of Kells, to the Tamil goddess Meenakshi.

Rebecca Kaiser Gibson is the author of Opinel, a poetry collection, and two chapbooks (Admit the Peacock and Inside the Exhibition). She lives in Marlborough, NH, with her husband Charlie, and teaches poetry at Tufts University.

Jennifer Barber is the author of Works on Paper published by The Word Works, and Given Away and Rigging the Wind, both from Kore Press.

Carrie Bennett has been teaching in the Writing Program at Boston University since 2004 and currently teaches creative composition seminars on playwriting.

The Land Is a Painted Thing (Paperback) 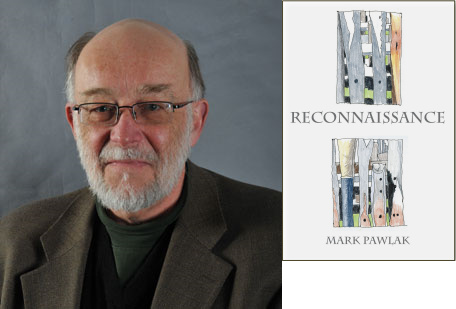 Reconnaissance brings together a decade’s worth of Mark Pawlak’s work exploring the nexus of Japanese poetic journals and American observational poetics. These new and selected poems owe allegiance to the early experimental books of William Carlos Williams (e.g. Spring and All) as much as to the Pillow Book of Sei Shōnagan and to Basho’s Narrow Road to the Interior. They join aspects of poetry with the daily, or near daily, “takes” of journal writing, but differ from traditional diaries or journals by emphasizing the act of writing itself in collaboration with the day's account. 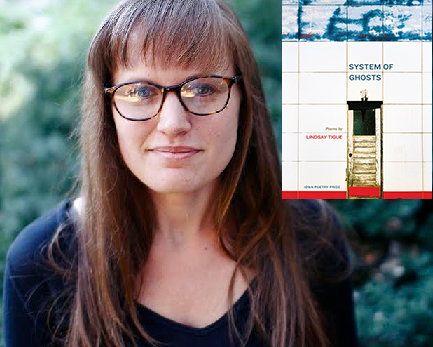 In System of Ghosts, Lindsay Tigue details the way landscape speaks to isolation and personhood, how virtual and lived networks alter experience. She questions how built environments structure lives, how we seek out information within these spaces, and, most fundamentally, how we love. 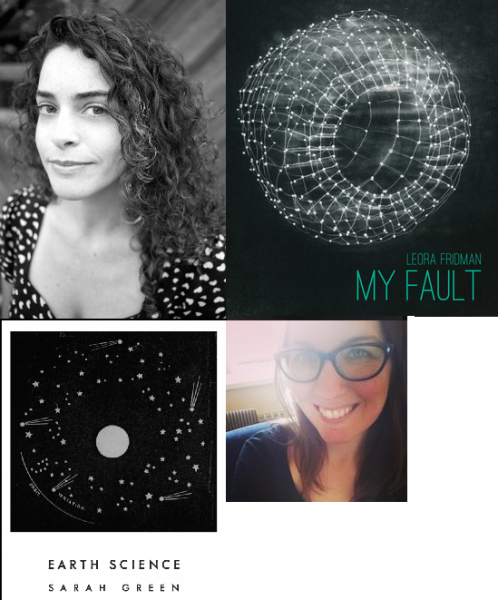 Leora Fridman is the author of My Fault, forthcoming from Cleveland State University Press and winner of the 2015 CSU First Book Poetry Competition. She is also the author of the chapbooks Precious Coast, Obvious Metals, On the Architecture, and Essential Nature, and Eduardo Milán: Poems, a chapbook of translations.

Leora attended Brown University, where she was awarded the Pembroke Poetry Prize and graduated with honors in Literary Arts. She also attended the University of Massachusetts Amherst MFA Program for Poets and Writers, where she was awarded a Graduate Fellowship and MFA Thesis Grant, taught College Writing and Poetry Writing, served as Assistant Director of the Juniper Summer Writing Institute and curated the jubilat/Jones Reading Series.

In this powerful new collection of poems, Martín Espada articulates the transcendent vision of another, possible world. He invokes the words of Whitman in Vivas to Those Who Have Failed, a cycle of sonnets about the Paterson Silk Strike and the immigrant laborers who envisioned an eight-hour workday. At the heart of this volume is a series of ten poems about the death of the poet's father. "El Moriviví" uses the metaphor of a plant that grows in Puerto Rico to celebrate the many lives of Frank Espada, community organizer, civil rights activist, and documentary photographer, from a jailhouse in Mississippi to the streets of Brooklyn. The son lyrically imagines his father's return to a bay in Puerto Rico: "May the water glow blue as a hyacinth in your hands." Other poems confront collective grief in the wake of the killings at the Sandy Hook Elementary School and police violence against people of color: "Heal the Cracks in the Bell of the World" urges us to melt the bullets into bells. Yet the poet also revels in the absurd, recalling his dubious career as a Shakespearean actor, finding madness and tenderness in the crowd at Fenway Park. In exquisitely wrought images, Espada's poems show us the faces of Whitman's numberless unknown heroes.

Martín Espada has received the Shelley Memorial Award and a Guggenheim Fellowship, and was a finalist for the Pulitzer Prize. He teaches at the University of Massachusetts Amherst.

Vivas to Those Who Have Failed: Poems (Hardcover)