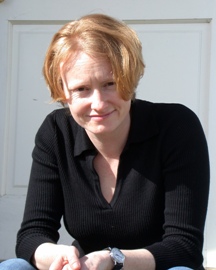 "Wicked Bugs is a fascinatingly dark look at the world of wonders that buzzes, burrows and reproduces all around us... Stewart's research is prodigious and her writing precise, whether she's telling the tale of a caterpillar that looks like a tiny Persian cat or more about fleas than you ever wanted to know. Read this book and you'll always keep your gardening gloves on...Stewart concentrates on scarily diabolical bugs, to great effect."
Seattle Times

"Stewart must be among the world’s most interesting cocktail party guests. Wicked Bugs is crammed with horrid details and creepy but fascinating insect trivia...the audience will come away with new found appreciation for the insect kingdom."
Wisconsin State Journal

Amy Stewart is the bestselling author of five books on the perils and pleasures of the natural world. Her essays and commentaries have appeared on NPR, in the New York Times, and in Fine Gardening, where she is a contributing editor. Stewart is the recipient of a National Endowment for the Arts fellowship and the American Horticultural Society’s 2010 Book Award. She lives in Eureka, California, where she and her husband own an antiquarian bookstore.