Prize-winning author Anne Fadiman presents and reads from a newly re-issued edition of her father Clifton Fadiman's book for children, Wally the Wordworm. 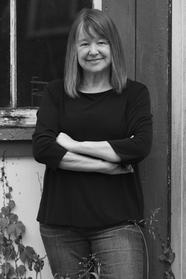 A worm that lives on words, Wally finds himself starved for inspiration, until one day, he inches into a magical book: the dictionary. From this moment, he embarks upon a logomaniacal odyssey of epic proportions, twisting himself into the likes of "syzygy" and "sesquipedalian", "pyx" and "zymurgy". From its first publication in 1984, children and adults alike have been delighted by his wriggling through rhymes and words of increasing ambition and complexity, his acrobatics whimsically illustrated by New Yorker cartoonist Arnold Roth. This new edition features an afterword from Anne Fadiman.

Clifton Fadiman was one of the twentieth century's foremost critics, essayists, and anthologists. He became the editor-in-chief of Simon & Schuster at twenty-eight and the book critic of The New Yorker at twenty-nine. He was the author of Party of One, Any Number Can Play, and Enter Conversing; a guide to classic literary works, The Lifetime Reading Plan; and more than twenty anthologies, among them two on mathematics. He also wrote four children's books, of which the best-known is Wally the Wordworm.

Arnold Roth is a cartoonist and illustrator whose work has been featured in Playboy, Esquire, and The New Yorker. A contributor to Punch for twenty years, he has published multiple books. His illustrations are in permanent collections of several museums, including the Philadelphia Museum of Art and the International Museum of Cartoon Art in Boca Raton.

Anne Fadiman is an essayist and reporter. Her most recent book, The Wine Lover’s Daughter​, is a memoir about her father, wine, and the upsides and downsides of upward mobility. The Spirit Catches You and You Fall Down, her account of the crosscultural conflicts between a Hmong family and the American medical system, won a National Book Critics Circle Award. Ex Libris: Confessions of a Common Reader, is a book about books (buying them, writing in their margins, and arguing with her husband on how to shelve them). At Large and At Small is a collection of essays on Coleridge, postal history, and ice cream, among other topics; it was the source of an encrypted quotation in the New York Times Sunday Acrostic. Fadiman is the only writer to have won National Magazine Awards for both reporting (on elderly suicide) and essays (on the multiple and often contradictory meanings of the American flag). She worked with the family of her former student Marina Keegan to edit The Opposite of Loneliness, a posthumous collection of Marina’s work. She has also edited a literary quarterly (The American Scholar) and two essay anthologies. As Francis Writer in Residence, Fadiman teaches nonfiction writing and serves as a mentor to students who are considering careers in writing or editing. In 2012 she received the Brodhead Prize for Teaching Excellence; in 2015 she was elected to the American Academy of Arts and Sciences.