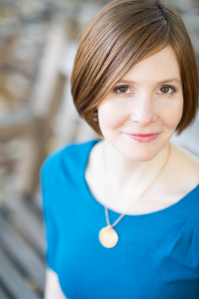 “Cardi delves into issues of love, acceptance, loss and identity in her engaging debut novel. ... The author creates nuanced characters and presents them with their flaws and strengths intact, including a character with a mental disorder who never loses her humanity or becomes a caricature. ... [A] well-written, first-person narrative about negotiating life’s curve balls that has a realistic ending. An honest, uncompromising story.”

Driver’s ed and a first crush should be what Alex Winchester is stressed out about in high school — and she is. But what’s really on her mind is her mother. Why is she dressing in Dad’s baggy khaki pants with a silk scarf around her neck? What is she planning when she pores over maps in the middle of the night? When did she stop being Mom and start being Amelia Earhart? Alex tries to keep her budding love life apart from the growing disaster at home as her mother sinks further into her delusions. But there are those nights, when everyone else is asleep, when it’s easier to confide in Amelia than it ever was to Mom. Now, as Amelia’s flight plans become more intense, Alex is increasingly worried that Amelia is planning her final flight — the flight from which she never returns. What could possibly be driving Mom’s delusions, and how far will they take her?

Annie Cardi holds an MFA in creative writing from Emerson College. Her short stories have appeared in the Georgetown Review, Vestal Review, and other publications. In 2011, PEN New England selected her as a winner of the Susan P. Bloom Children’s Book Discovery Award for the manuscript that would become The Chance You Won’t Return, her debut novel. Annie Cardi lives near Boston with her husband and a portrait of a sea captain.

The Chance You Won't Return (Hardcover)