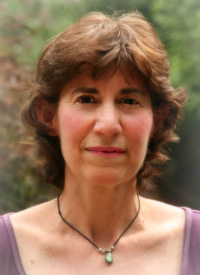 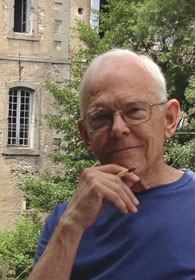 "There is a beneficent knowingness in Barbara Carlson’s new book, and by ‘knowingness’ I mean an absolute, absolving take on what most makes us human-- our hunger for a home that doesn’t exist but that we can still hear calling to us, more real than any mere reality.  These aching, beautiful, elegiac poems move me over and over with their wonder at all this.  They do not wish to be free of any of it.  They wish to be full.  And are." -- David Rivard

Barbara Siegel Carlson grew up in Cranford, New Jersey. She is a graduate of University of Rhode Island and the Vermont College of Fine Arts MFA Program. She is the author of Fire Road, co-translator with Ana Jelnikar of Look Back, Look Ahead Selected Poems of Srecko Kosovel and author of the chapbook Between this Quivering. Her poems and translations have appeared in Salamander, Lake Effect, Potomac Review, Louisville Review, NOR (New Ohio Review), The Carolina Quarterly, Asheville Poetry Review, The Literary Review, Mid-American Review, Cutthroat, Prairie Schooner, Agni and elsewhere. An anthology of poems and interviews with Slovene poets, A Bridge of Voices: Contemporary Slovene Poets and Poetry (co-edited with Richard Jackson), is due out in 2017 from Bridges Press. She lives in Carver, Massachusetts.

The sense of loss informing the elegies in Allen West’s new poetry collection, Keeping Night at Bay, is countered by the tenderness they express, the beauty of their lines, and the resilience with which the poet continues to sing.  These are deeply personal poems and at the same time deeply universal in their humanity, allusiveness, and the exquisite way they intertwine with the poet’s Chinese translations accompanied by Gundi Chan’s original calligraphy.  Seldom do we encounter work that is as unabashedly emotional as the poems in Keeping Night at Bay,while also displaying such rare intelligence.

Allen West was born in Beirut, Lebanon in 1930, and came to the U.S. with his family after the 1941 invasion of Greece by Germany. Educated at Phillips Academy and Princeton University, he served three years in the U.S. Army, then earned a PhD in chemistry from Cornell University in 1960.  He taught at Williams College and Lawrence University until 1994, when he and his wife Emily moved to Cambridge, Massachusetts. While there he was a tutor at Cambridge Rindge & Latin High School and a volunteer at Recording for the Blind & Dyslexic. His wife died in 1999, his son in 2014. He has two daughters and three grandchildren. Since 2007 he has lived in Lexington, Massachusetts.  He began writing poetry in 1983, was a runner-up for the 1992 Grolier Poetry Prize, and won the 2000 chapbook competition of the White Eagle Coffee Store Press, which published The Time of Ripe Figs in 2002.  His full-length poetry collection, Beirut Again, was published in 2010 by Off the Grid Press.