Join David Mahood, Frances Moore Lappé, and Alexa Figueroa for a discussion on climate change: how it affects us all, and what we can do about it.

David C. Mahood is a sustainability consultant, environmental writer and poet.  He holds a BA from the College of Wooster, and an MBA in Sustainability from San Francisco Institute of Architecture.  His articles have appeared in numerous publications including Interiors and Sources, International Ecotourism Society, The Environmental Blog, NEWH Magazine and Living Green Magazine.  His poetry credits include Writer's Cramp, Fifth Street Review, and Prick of the Spindle.  He attributes his environmental epiphany to a desperate act of consciousness back in 1998.  David spends most of his time in Massachusetts but can be found in one of various flanking airports.

Frances Moore Lappé is the co-founder of Food First, the Institute for Food and Development Policy, and the Small Planet Institute. She is the author of nineteen books, including the three-million-copy Diet for a Small Planet and, most recently, World Hunger: 10 Myths, co-authored with Joseph Collins. Lappé has received eighteen honorary doctorates, as well as the Right Livelihood Award, often called the “Alternative Nobel,” and the James Beard Foundation’s “Humanitarian of the Year” award. Gourmet Magazine chose her among twenty-five people whose work has changed the way America eats. Lappé has been a visiting scholar at the Massachusetts Institute of Technology and the University of California, Berkeley.

Alexa Figueroa will represent the Sunrise Movement, a movement led by young people to stop climate change and create millions of good jobs in the process.

20% of all sales from 3-5PM will be donated to The Sunrise Movement, www.sunrisemovement.org.

This event is co-sponsored by DigBoston, your one-stop nexus for everything worth doing or knowing in the Boston area (digboston.com) and the Boston Institute for Nonprofit Journalism, a community resource supporting the development and production of independent news. Learn more at binjonline.com. 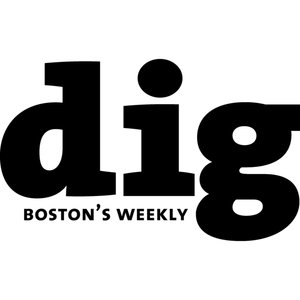