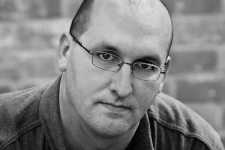 “Bruce Machart’s protagonists know work--whether it’s loading cedar logs into debarking drums or scouring the sludge from a drill rig’s void tanks--and they know denial, and self-denial, and compassion, because they’re mostly good men undone by loss, and by their own resentments and shortcomings. Men in the Making is a stirring and impressive collection.”

"Benoit Denizet-Lewis writes with an impressive mix of transparency and compassion about the addict's eternal battle between will and action. He sees deep into the sadness of desperate people, and equally deep into the systems that redeem such sadness. This is an intimate, compelling volume."

Andrew Solomon, author of The Noonday Demon: An Atlas of Depression

Bruce Machart is the author of the novel The Wake of Forgiveness. His short stories have appeared in Zoetrope, Story, Glimmer Train, and One Story, and have been anthologized in The Best Stories of the American West. A graduate of the MFA program at Ohio State University, Machart is an assistant professor of English at Bridgewater State University.

Benoit Denizet-Lewis is an award-winning contributing writer for The New York Times Magazine. Formerly a senior writer at Boston Magazine and staff writer at the San Francisco Chronicle, his work has also appeared in Sports Illustrated, Details, Slate, Spin, Out, and others. A former Alicia Patterson Fellow, Denizet-Lewis lives in Jamaica Plain, Massachusetts.

Men in the Making (Hardcover)

America Anonymous: Eight Addicts in Search of a Life (Paperback)

ISBN: 9781416539155
Availability: Available to Order from Supplier: Arrives at Store in a Week(ish)
Because of how it is sold to us we cannot accept a return of this title.
Published: Simon & Schuster - January 5th, 2010