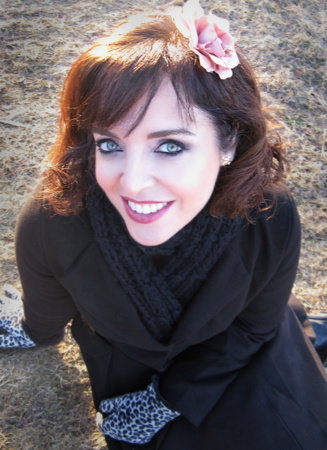 **Unfortunately due to unforseen circumstances the author is unable to join us, and we've canceled our event on Sunday, March 8 at 4pm. We're sorry for the inconvenience and encourage you to support the author and pick up a copy of Red Letter Days!**

Join us at Porter Square Books to hear Sarah-Jane Stratford and Jen Deaderick in conversation about Stratford's new novel, Red Letter Days! Please note that this event takes place in the store at 4pm.

When two brave women flee from the Communist Red Scare, they soon discover that no future is free from the past.

Amid the glitz and glamour of 1950s New York, Phoebe Adler pursues her dream of screenwriting. A dream that turns into a living nightmare when she is blacklisted—caught in the Red Menace that is shattering the lives of suspected Communists. Desperate to work, she escapes to London, determined to keep her dream alive and clear her good name.

There, Phoebe befriends fellow American exile Hannah Wolfson, who has defied the odds to build a career as a successful television producer in England. Hannah is a woman who has it all, and is now gambling everything in a very dangerous game—the game of hiring blacklisted writers.

Neither woman suspects that danger still looms . . . and their fight is only just beginning.

Sarah-Jane Stratford is the acclaimed author of Radio Girls. Her work has also appeared in the Guardian, Boston Globe, Los Angeles Review of Books, Marie-Claire, Bustle, Guernica, and many others. A former resident of both American coasts, she’s now living the expat life in London, where when she isn’t working, she’s exploring and seriously considering learning how to garden.

Jen Deaderick has written about women and citizenship for The New York Times and has been featured in Refinery 29, Boston Globe, Thrillest, The Atlantic, The Daily Beast, Globe & Mail, and others. She lives in Cambridge, MA.

She the People: A Graphic History of Uprisings, Breakdowns, Setbacks, Revolts, and Enduring Hope on the Unfinished Road to Women's Equality (Paperback)