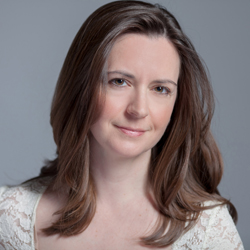 When Hugh Deveraux discovers his newly inherited earldom is bankrupt, he sets about rebuilding the family fortune--in the gaming hells of London. But the most daring wager he takes isn't at cards. A wealthy tradesman makes a tantalizing offer: marry the man's spinster daughter and Hugh's debts will be paid and his fortune made. The only catch is that she must never know about their agreement . . .

Heiress Eliza Cross has given up hope of marriage until she meets the impossibly handsome Earl of Hastings, her father's new business partner. The earl is everything a gentleman should be, and is boldly attentive to her. It doesn't take long for Eliza to lose her heart and marry him.

But when Eliza discovers that there is more to the man she loves--and to her marriage--her trust is shattered. And it will take all of Hugh's power to prove that now his words of love are real . . .

Caroline Linden was born a reader, not a writer. She earned a math degree from Harvard University and wrote computer software before turning to writing fiction. Twelve years, sixteen books, three Red Sox championships, and one dog later, she has never been happier with her decision. Her books have won the NEC Reader's Choice Beanpot Award, the Daphne du Maurier Award, the NJRW Golden Leaf Award, and RWA's RITA Award. Since she never won any prizes in math, she takes this as a sign that her decision was also a smart one.

An Earl Like You: The Wagers of Sin (Mass Market)