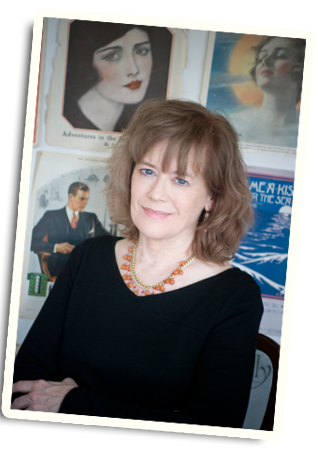 Lila Jerome has never been very lucky in love, and has always been more interested in studying architecture and, more recently, supporting the war bond effort on the home front. But in the fall of 1943, a chance spark with a boarder in her apartment sets Lila on a course that shakes up all of her ideas about romance.

Lila is intoxicated by Perry Weld, the charismatic army engineer who's about to ship out to the European front, and it isn't long before she discovers that the feeling is mutual. After just a few weeks together, caught up in the dramatic spirit of the times and with Perry's departure date fast approaching, the two decide to elope. In a stunning kaleidoscope of vibrant ephemera, Lila boldly attempts to redefine her life in America as she navigates the heartache and longing of a marriage separated by ocean and war.

In her second scrapbook novel after the lauded Scrapbook of Frankie Pratt, Caroline Preston has once again pulled from her own extraordinary collection of vintage memorabilia, transporting us back to the lively, tumultuous 1940s and introducing us to an unforgettable, ambitious heroine who must learn to reconcile a wartime marriage with a newfound self-confidence.

As a girl growing up in Lake Forest, Illinois, Caroline Preston used to pore through her grandmother’s and mother’s scrapbooks and started collecting antique scrapbooks when she was in high school.  She majored in American Studies at Dartmouth College, and received a master’s in American Civilization from Brown University. Inspired by her interest  in manuscripts and ephemera, she worked as an archivist at the Rhode Island Historical Society, the Peabody/Essex Museum and Harvard’s Houghton Library.

The War Bride's Scrapbook: A Novel in Pictures (Hardcover)