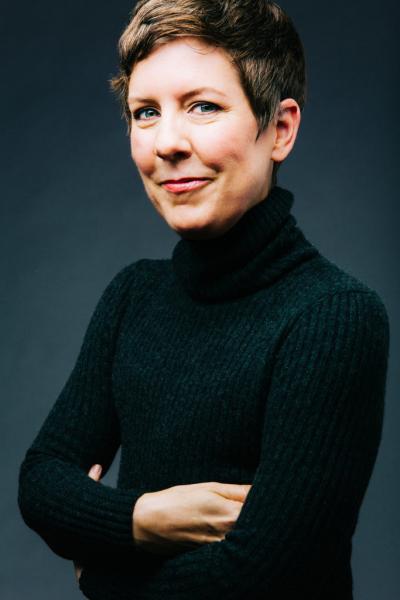 As a young, queer woman, Catherine Guthrie had worked hard to feel at home in her body. However, after years writing about women's health and breast cancer, Guthrie is thrust into the role of the patient after a devastating diagnosis at age thirty-eight. At least, she thinks, I know how to fight this.

She was wrong. In one horrifying moment after another, everything that could go wrong does--the surgeon gives her a double mastectomy but misses the cancerous lump, one of the most effective drug treatments fails, and a doctor's error unleashes millions of breast cancer cells into her body.

Flat is Guthrie's story of how two bouts of breast cancer shook her faith in her body, her relationship, and medicine. Along the way, she challenges the view that breasts are essential to femininity and paramount to a woman's happiness. Ultimately, she traces an intimate portrayal of how cancer reshapes her relationship with Mary, her partner, revealing--in the midst of crisis--a love story.

Filled with candor, vulnerability, and resilience, Guthrie upends the "pink ribbon" narrative in unconventional ways and offers up a unique perspective on womanhood, what it means to be "whole," and the importance of women advocating for their desires. Flat is a story of how she lost, and then found, the courage to listen to her body.

Catherine Guthrie is an award-winning women's health journalist. For the past twenty years, her reporting, essays, and criticism have appeared in dozens of national magazines including Time; O, The Oprah Magazine; Slate; Prevention; and Yoga Journal. She has faced breast cancer twice. She lives near Boston, Massachusetts.