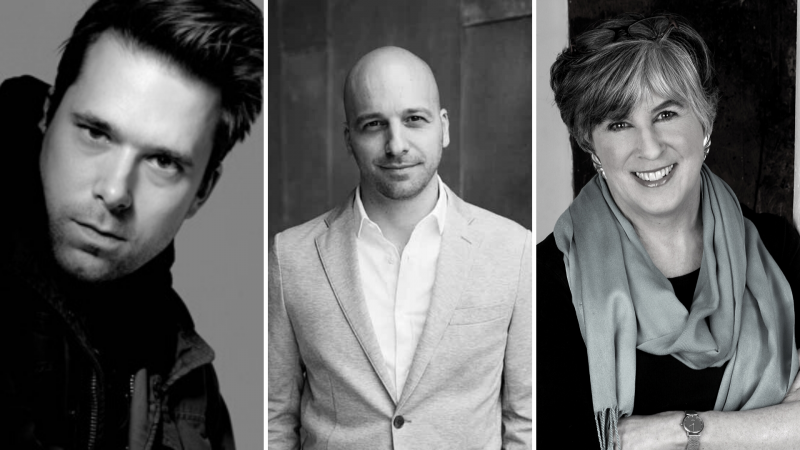 From Christopher Bollen, author of The Destroyers, comes another “delicious literary thriller” (People)—a twisty story of deception, set in contemporary Venice and featuring a young American couple who have set their sights on a high-stakes con.

When Nick Brink and his boyfriend Clay Guillory meet up on the Grand Canal in Venice, they have a plan in mind—and it doesn’t involve a vacation. Nick and Clay are running away from their turbulent lives in New York City, each desperate for a happier, freer future someplace else. Their method of escape? Selling a collection of counterfeit antiques to a brash, unsuspecting American living out his retirement years in a grand palazzo. With Clay’s smarts and Nick’s charm, their scheme is sure to succeed.

As it turns out, tricking a millionaire out of money isn’t as easy as it seems, especially when Clay and Nick let greed get the best of them. As Nick falls under the spell of the city’s decrepit magic, Clay comes to terms with personal loss and the price of letting go of the past. Their future awaits, but it is built on disastrous deceits, and more than one life stands in the way of their dreams.A Beautiful Crime is a twisty grifter novel with a thriller running through its veins. But it is also a meditation on love, class, race, sexuality, and the legacy of bohemian culture. Tacking between Venice’s soaring aesthetic beauty and its imminent tourist-riddled collapse, Bollen delivers another “seductive and richly atmospheric literary thriller” (New York Times Book Review).

In Hallie Ephron's Careful What You Wish For, Emily Harlow is a professional organizer who helps people declutter their lives--but she’s married to man who can’t drive past a yard sale without stopping. He’s filled their basement, attic, and garage with his finds. Luckily, Emily’s got two new clients to distract herself: an elderly widow whose husband left behind a storage unit she didn’t know existed, and a young wife whose husband won’t allow her stuff into their house. Emily’s initial meeting with the young wife takes a detour when, after too much wine, the women end up fantasizing about how much more pleasant life would be without their collecting spouses.

But the next day Emily finds herself in a mess that might be too big for her to clean up. Careful what you wish for, the old adage says . . . now Emily might lose her freedom, her marriage . . . and possibly her life.

CHRISTOPHER BOLLEN is the author of Orient, which was an NPR Best Book of the Year, and the critically acclaimed Lightning People. He is the editor at large of Interview magazine. His work has appeared in GQ, the New York Times, New York magazine, and Artforum, among other publications. He lives in New York City.

HALLIE EPHRON (http://hallieephron.com) is a  NY Times  bestselling author of domestic suspense novels that reviewers call “deliciously creepy.” Her newest, Careful What You Wish For, is about a professional organizer married to a man who can’t pass a yard sale without stopping. In a starred review, Publisher’s Weekly called it “outstanding.” In a rave, full-page review in TIME Magazine, Jamie Lee Curtis called it “thrilling and suspenseful.” Hallie is a five-time finalist for the Mary Higgins Clark Award and has been shortlisted for Edgar and Anthony awards. Hallie lives on the South Shore and was the crime fiction book reviewer for the Boston Globe for twelve years.

CHRISTOPHER CASTELLANI is the son of Italian immigrants and a native of Wilmington, Delaware. He currently lives in Boston, where he is the artistic director of Grub Street, the country’s largest and leading independent creative writing center. He is the author of three critically-acclaimed novels, A Kiss from Maddalena (Algonquin Books, 2003)—winner of the Massachusetts Book Award in 2004— The Saint of Lost Things (Algonquin, 2005), a BookSense (IndieBound) Notable Book; and All This Talk of Love (Algonquin, 2013), a New York Times Editors’ Choice and finalist for the Ferro-Grumley Literary Award. The Art of Perspective: Who Tells the Story, a collection of essays on point of view in fiction, was published in 2016 by Graywolf Press. His newest novel is Leading Men, for which he received Fellowships from the Guggenheim Foundation, the MacDowell Colony, and the Massachusetts Cultural Council. Leading Men was published in February 2019 by Viking Penguin.

In addition to his work with Grub Street, Christopher is on the faculty and academic board of the Warren Wilson MFA program and the Bread Loaf Writers Conference. Christopher was educated at Swarthmore College, received his Masters in English Literature from Tufts University, and a Master of Fine Arts in Creative Writing from Boston University.

A Beautiful Crime: A Novel (Hardcover)

Careful What You Wish For: A Novel of Suspense (Hardcover)