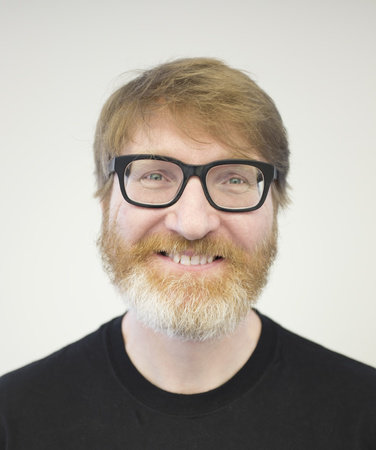 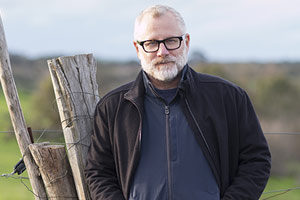 Bestselling author Chuck Klosterman reads from and signs copies of his new story collection Raised in Captivity at Cambridge Public Library, in conversation with author Tom Perrotta! Free and open to all; doors open at 6:30pm. Preorder the book with Porter Square Books today, and we'll save you a seat at the front of the auditorium!*

Microdoses of the straight dope, stories so true they had to be wrapped in fiction for our own protection, from the best-selling author of But What if We're Wrong?

A man flying first class discovers a puma in the lavatory. A new coach of a small-town Oklahoma high school football team installs an offense comprised of only one, very special, play. A man explains to the police why he told the employee of his local bodega that his colleague looked like the lead singer of Depeche Mode, a statement that may or may not have led in some way to a violent crime. A college professor discusses with his friend his difficulties with the new generation of students. An obscure power pop band wrestles with its new-found fame when its song "Blizzard of Summer" becomes an anthem for white supremacists. A couple considers getting a medical procedure that will transfer the pain of childbirth from the woman to her husband. A woman interviews a hit man about killing her husband but is shocked by the method he proposes. A man is recruited to join a secret government research team investigating why coin flips are no longer exactly 50/50. A man sees a whale struck by lightning, and knows that everything about his life has to change. A lawyer grapples with the unintended side effects of a veterinarian's rabies vaccination.

Fair warning: Raised in Captivity does not slot into a smooth preexisting groove. If Saul Steinberg and Italo Calvino had adopted a child from a Romanian orphanage and raised him on Gary Larsen and Thomas Bernhard, he would still be nothing like Chuck Klosterman. They might be good company, though. Funny, wise and weird in equal measure, Raised in Captivitybids fair to be one of the most original and exciting story collections in recent memory, a fever graph of our deepest unvoiced hopes, fears and preoccupations. Ceaselessly inventive, hostile to corniness in all its forms, and mean only to the things that really deserve it, it marks a cosmic leap forward for one of our most consistently interesting writers.

Chuck Klosterman is the bestselling author of eight nonfiction books (including Sex, Drugs, and Cocoa Puffs; I Wear the Black Hat; But What If We’re Wrong?; and Killing Yourself to Live) and two novels (Downtown Owl and The Visible Man). He has written for The New York Times, The Washington Post, GQ, Esquire, Spin, The Guardian, The Believer, Billboard, The A.V. Club, and ESPN. Klosterman served as the Ethicist for The New York Times Magazine for three years, appeared as himself in the LCD Soundsystem documentary Shut Up and Play the Hits, and was an original founder of the website Grantland with Bill Simmons.

Tom Perrotta is the bestselling author of nine works of fiction, including Election and Little Children, both of which were made into Oscar-nominated films, and The Leftovers, which was adapted into a critically acclaimed, Peabody Award-winning HBO series. His other books include Bad Haircut, The Wishbones, Joe College, The Abstinence Teacher, Nine Inches, and his newest, Mrs. Fletcher. His work has been translated into a multitude of languages. Perrotta grew up in New Jersey and lives outside of Boston.

*Preorder your copy of Raised In Captivity by following the "Add to Cart" link below and we’ll save you prime seats – just let us know if you'd like us to save you one seat or two in the notes section of your order! (Please note that due to library policy we may only hold your seats until 6:45pm, at which point they will be released to general admission, so plan accordingly.)