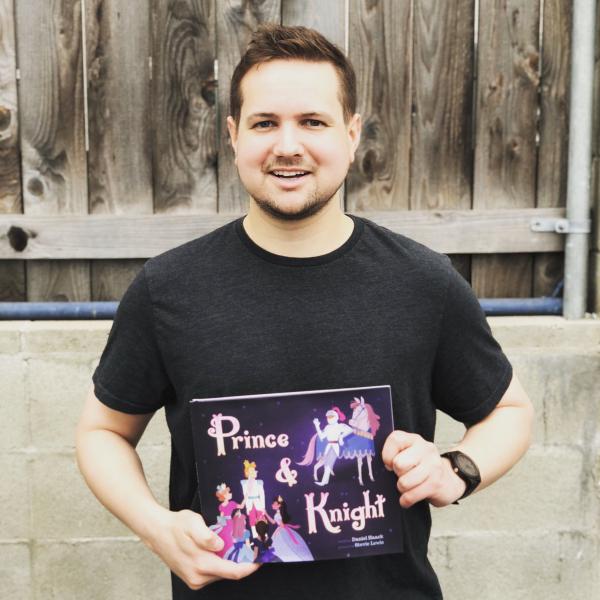 In this modern fairy tale, a strong, brave maiden is invited to attend the prince’s royal ball, but at the dance, she ends up finding true love in a most surprising place.

“The prince is smart and strong,”

she confided in her mother.

“But if I’m being honest,

I see him as a brother.”

And have a bit of fun.

but you could meet the one.”

Once in a faraway kingdom, a strong, brave maiden is invited to attend the prince’s royal ball, but she’s not as excited to go as everyone else. After her mother convinces her to make an appearance, she makes a huge impression on everyone present, from the villagers to the king and queen, but she ends up finding true love in a most surprising place. This book is published in partnership with GLAAD to accelerate LGBTQ inclusivity and acceptance.

Daniel Haack is an Emmy Award winner who made his children's book debut with Prince & Knight. He loves writing stories that are filled with action and adventure (and okay, maybe a little bit of romance, too). He graduated from Ithaca College as a Park Scholar and is a Saul Zaentz Fellow at the Harvard Graduate School of Education. A former Wisconsin farm boy, Daniel currently splits his time between Los Angeles and Boston. Find out more at danielhaack.com.