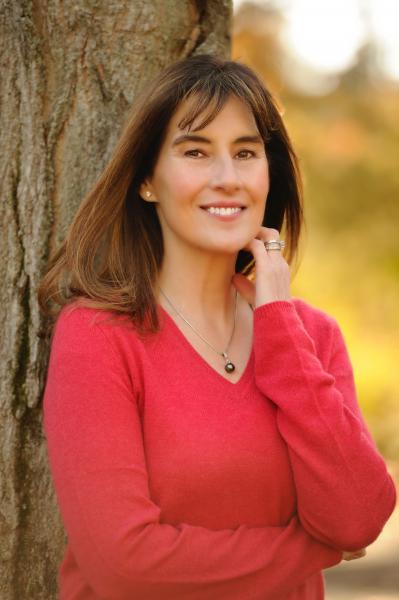 Seventeen-year-old Annabeth prefers the fantasy of her books and paintings to reality--because in reality, her mom is dead, and it was all her fault. She vows to make her dad's life easier in return. But upon accompanying him to his friends' secluded manor, he goes missing in the woods.

Annabeth suspects the manor's heir Griffin knows more about the disappearance than he's letting on. He's irritable, removed, and he's under police investigation for the mysterious "accidents" happening at his family's estate.

Annabeth fears her father isn't lost, but rather a victim of something sinister. She launches her own investigation, tracing clues that whisper of myth and legend and death, until she stumbles upon a secret. One that some would die to protect, others would kill to expose--and which twists Annabeth's fantasy and reality together in deadly new ways.

Erin Cashman is a young adult author living in Massachusetts. Her debut YA fantasy, The Exceptionals was named a Bank Street College of Education Best Children's Book of 2013. She is also the workshop coordinator and a mentor at the 1st 5 Pages Writing Workshop through the blog Adventures in YA Publishing.